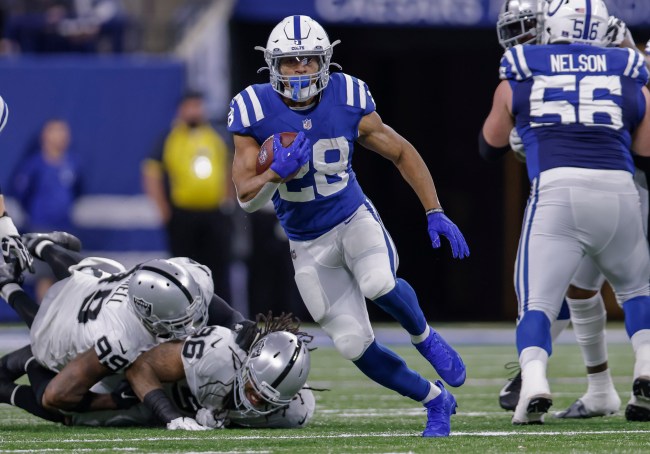 Many were expecting to see one AFC South running back make history this season. That expectation was for Derrick Henry to smack the single season rushing record now that he’d have an extra game to do so this year. He was well on pace to do so early in the year, but ended up losing most of his season to injury.

In his absence, another running back in his division decided to step up. Jonathan Taylor might not have broken records this season, but he did create history this week.

It wasn’t because nobody deserved to be named this year’s second best running back. Instead, it’s because voters only get to select one running back in the All-Pro voting. Usually the second team back will be whoever got the second most votes for the first team. There was no second most this year.

We haven’t seen this happen before and there are a couple of reasons why we’re seeing it this year. Even in Derrick Henry’s last two monstrous seasons, there have been other running backs who have impressed enough to steal votes from him.

This season, not only was Jonathan Taylor unbelievably good, but there wasn’t really anybody else close to as good. Taylor’s 1811 rushing yards were 552 more than 2nd place Nick Chubb. For the record, Derrick Henry was 9th in that category in spite of missing 2 months of the season.

Taylor had 18 touchdown, 3 more than second place Joe Mixon. He also averaged 5.5 yards per carry. Nick Chubb did the same, but no other running back with over 200 carries came close.

He also added 360 yards and two touchdowns as a receiver. It was an incredible season from Jonathan Taylor and now it’s one that will go down in the history books.