Jordan Love Reacts To Aaron Rodgers’ Return To Packers: ‘In My Head, He Wasn’t Coming Back’ 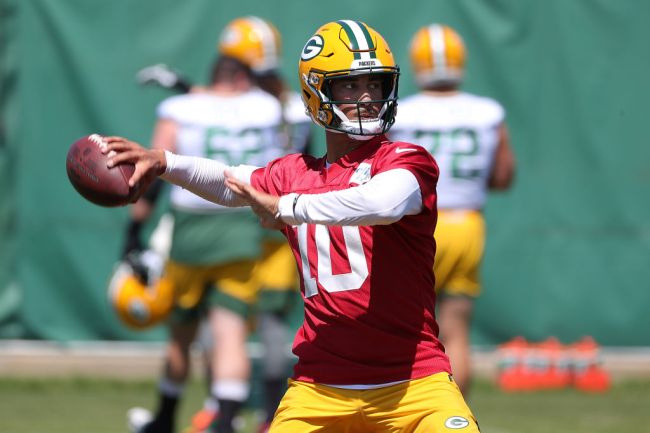 The entire NFL world was on the edge of its seat to see if Aaron Rodgers would report to training camp in Green Bay for his 14th season, but perhaps nobody was going to be impacted by Rodgers’ decision than Jordan Love.

Love, just like everyone else, didn’t know if Rodgers was going to be playing for the Packers this season. Bill Huber of Sports Illustrated notes that Love didn’t find out about Rodgers’ decision until he was at the airport headed to Green Bay to report to camp himself.

The second-year QB out of Utah State explained his mindset heading into training camp not knowing where he may be on the depth chart. Love convinced himself that Rodgers wasn’t going to be there.

“The whole time I had to convince myself that I was going to be the starter,” Love said. “That’s the only way you can look at that situation. I feel like if you don’t, you won’t be ready. That’s how I looked at it the whole way. In my head, he wasn’t coming back, I’ve got to get myself ready to be the starter.”

That’s the one option Love had, he didn’t have another option other than to operate as QB1 with so much up in the air.

As for how he felt when he learned that he’d spend another season as the No. 2 guy in Green Bay, he claimed that it’s great to have Rodgers back.

“It’s obviously very great to have Aaron back just on this team,” Love said after Thursday’s practice. “Obviously, he’s a huge presence at the quarterback position and in the locker room, as well, and then as a leader on the team, so it’s great to have him back.”

You can be the judge of how heartfelt and honest those comments are.