Tennessee WR Jordan Murphy Leaves The Team After Joking On Twitter About Vols Paying Georgia State $950,000 Only To Get Beaten 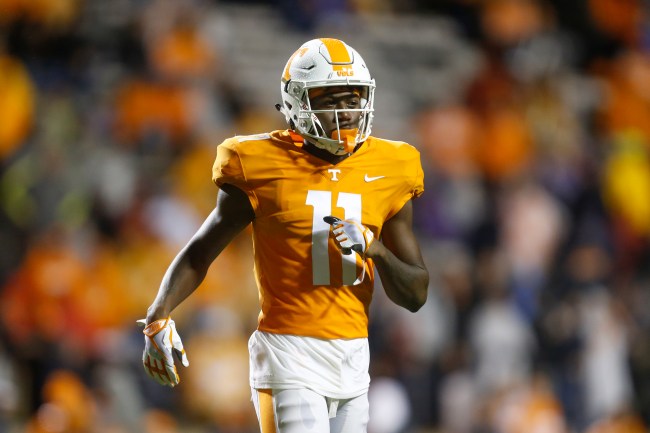 The Tennessee Volunteers paid Georgia State, a Sun Belt team that went 2-10 last season, $950,000 to travel to Neyland Stadium to be their punching bag and give them a sunny outlook to start the 2019 season.

The Vols were looking to duplicate their 51-13 drubbing of Georgia State the last time the two teams met in 2012. This season, Tennessee was 25.5-point favorites.

And then it all came crashing down. Georgia State shocked Tennessee on their home turf, 38-30, a “monumental” win that resulted in a chorus of boos from Vols fans in attendance and sparked a “players only” meeting in an attempt to move past their “very disappointing loss” going into Saturday’s home game against BYU.

One player who will not be suiting up against BYU, or ever, is junior receiver Jordan Murphy.

After the game, Murphy took to Twitter to make light of the Tennessee paying nearly a million dollars to a hacky program only to get owned.

Tennessee’s Jordan Murphy tweeted this after the UT loss

It isn’t going over well with Vol fans pic.twitter.com/EJ3Wuzbryl

To Murphy’s credit, the tweet he commented on is fucking hilarious.

Georgia State walking into Tennessee’s Athletic department to collect that $950,000.00

Yesterday, news broke that head coach Jeremy Pruitt said on a call that Murphy was one of two players who had voluntarily left the program.

Per Jeremy Pruitt in the SEC Coaches Teleconference, Jordan Murphy and Terrell Bailey have let the team. It was their decision, Pruitt said. Murphy upset a lot of fans this week after tweeting a joke about losing to Georgia State.

In nine games last season, the junior recorded 11 receptions for 155 yards and one touchdown. He didn’t record any stats in the game against Georgia State.

Another victim of social media. Hate to see it.

P.S. I cannot get enough of these collecting money tweets. They belong in the Smithsonian.

Georgia State pulling up to Tennessee to collect their $950K. 😂 pic.twitter.com/UecnO8G7E2

Georgia State after this game vs Tennessee pic.twitter.com/Iw1v1eDMyk