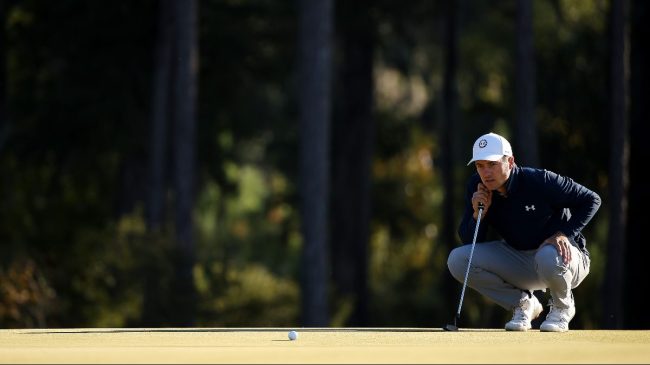 Everyone is well aware of how competitive Tampa Bay Buccaneers quarterback Tom Brady is. I mean, his marriage is on the line because he just can’t quit football. Even so, stories tend to pile up and now golf star Jordan Spieth shares a hilarious story about pissing off the veteran quarterback.

Jordan Spieth Pissed Off Tom Brady After Beating Him At Golf

During an appearance on The Up & Adams Show, Spieth recalled a time when he played against the Buccaneers quarterback. Apparently, Tom Brady had been playing a well enough round, as it came down to the final hole. Jordan Spieth revealed he hit a birdie to secure the win. Afterward, the golf star claims that Brady didn’t “talk to me for like an hour after that.”

“I don’t think he talked to me for like an hour after that.” 😂
⁰@JordanSpieth on beating @TomBrady after sinking a birdie.

At the end of the day, that is a matchup Jordan Spieth should win every time. He is a professional golfer after all. Regardless, it’s easy to see Tom Brady fuming after losing a match he was potentially close to winning. Additionally, it sounds like Jordan Spieth hasn’t played a game with the Buccaneers’ quarterback since that day.

Maybe one day these two can go head to head again once Brady retires. If that ever happens, that is. Either way, we’re sure to hear many more stories of Tom Brady’s competitiveness over the next several years. Especially considering he’s just on another planet when it comes to that aspect.