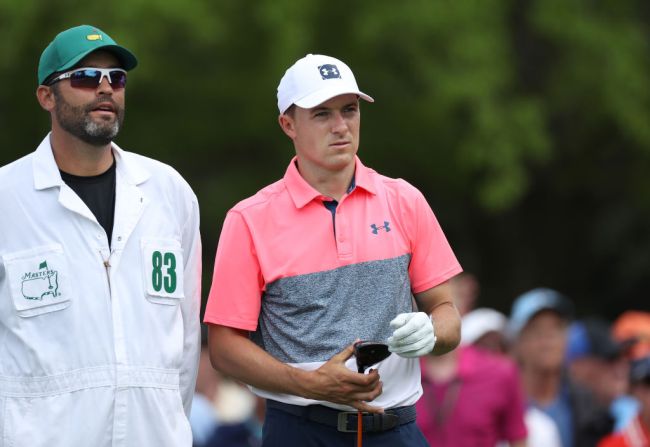 There are many different perks Masters champions receive at Augusta National that players without a green jacket get to experience. The most prestigious and well-known is of course the Champions Dinner where all former champions get together for dinner at Augusta National the Tuesday prior to the opening round. Another perk is getting a locker in the champions locker room, which is something Jordan Spieth cherishes.

Ahead of this week’s Valero Texas Open, the 2015 Masters champ was asked what the biggest difference was between the champions locker room and the regular locker room, and what his favorite perk is for simply having a locker in the historic venue, one he shares with Arnold Palmer, by the way. Given his answer, Spieth loves the exclusivity of the champions locker room and reminding his fellow competitors that he has a locker.

“I think it’s more just the bragging rights, walking off the practice round greens saying, “Oh, you guys are going over there? I’m going to go over here,” Spieth explained. “Great food, same lockers. I mean, I get to share a locker with Arnold Palmer, that’s obviously a perk. Other than bragging rights, I mean, there’s no special juice they give you up there that makes you play better or anything like that.

It’s just kind of a cool, unique room to be in where you walk in and you might see Jack Nicklaus in there on Thursday or Friday and he might just give you a pointer or something for that day. You kind of run into those opportunities that you wouldn’t get if you weren’t up there.”

Just imagine Spieth getting done with a practice round on a Tuesday playing alongside Rickie Fowler and Justin Thomas, two players that do not own a green jacket. They make their way to the clubhouse and Spieth just gives them the casual ‘well, uh, guys, I’m going to go in these doors, enjoy your lunch with the rest of the field’ and gives them the classic Spieth smirk. I’m not sure there’s a more Masters-esque scenario than that.