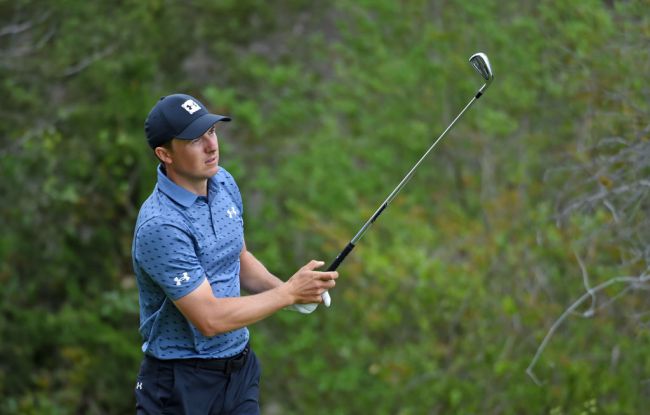 Jordan Spieth’s victory at the Valero Texas Open marked his first win since July of 2017 when he won The Open. It took him 1,351 days to find the winner’s circle again, and he did so in strong fashion carding a final-round 66 to win by two shots. But, according to him, he didn’t have his best stuff this past week.

It all started on Thursday last week when he opened the tournament with a five-under 67 that included seven birdies. After the round, he explained that he didn’t hit the ball all that well that day.

“I had really bad contact today,” Spieth said after the round. “Normally, even if I don’t necessarily strike the ball well, normally I’m hitting it close to the middle of the face. I’ve got all afternoon to figure that out on the range.”

It’s safe to assume that he did figure it out on the range seeing as how he played his final 54-holes of the tournament at 13-under par. Statistically, he finished fourth in strokes gained: approach and led the field in strokes gained: total. Despite getting the job done on Sunday, Spieth, again, shared that he didn’t have great control of his golf ball.

“Yeah, I really didn’t have great control of the ball this weekend at all. When I would have really maybe started to freak out and change swing feels, instead I stuck to my guns and said what I’m doing is the right thing, let’s just try and figure out what we’ve got,” Spieth explained. “Do we have a shot we can play? How are we going to step into this next one confidently? Let’s play some Bubba [Watson] shots if we need to, some bigger turners one way or the other to just establish some feel in teh game and get away from kind of the technical side what the technical side doesn’t feel great.”

It must be nice to not have your best stuff, shoot 18-under over four days, and walk away with your 12th win on Tour.

Jordan Spieth gained 12.89 strokes on the field tee-to-green this week, his most over 72 holes in any of his 12 PGA Tour victories.

While some may see Spieth’s comments as annoying in a sense, I think you have to appreciate the honesty. This is someone that had been searching for some sort of consistent form for years, and he’s finally found it. He’s recognized that he still isn’t back to the 2015 version of himself when he won two majors and finished no worse than fourth in the other two, but he’s getting close. Only Jordan Spieth knows when Jordan Spieth has his A+ stuff, and if he says it’s not there yet, then it’s not there yet.

Augusta National will be a great test to see whether or not he really doesn’t have control of his golf ball, or perhaps he’ll surprise himself and see that his game is in good shape to contend at the Masters.