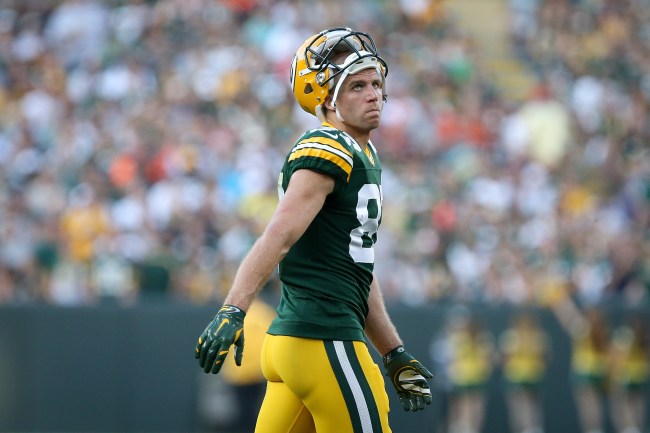 The Green Bay Packers ended its decade-long relationship with receiver Jordy Nelson on March 13, releasing him with one season remaining in a four-year, $39 million contract. The breakup allowed the Pro Bowler to secure a two-year, $14.2 million deal with the Oakland Raiders just two days later, but like any longterm relationship, the need to know why is imperative.

Granted, the near 33-year-old had his least productive season in year last season–his 482 receiving yards were his fewest since his sophomore season and his six touchdowns the fewest since 2010. But, it should be noted that Aaron Rodgers broke his collarbone in Week 6 and Nelson was catching balls from a man named Brett Hundley for nine games.

In a radio interview with ESPN Milwaukee

On Monday, Nelson confirmed rumors that the Packers offered him a tangible pay cut. But a hefty reduction in pay wasn’t the only reason the two parties agreed to part ways–after meeting with general manager Brian Gutekunst, Nelson left unconfident about his future role with the team.

“I think the number was part of it, but also the conversation I had in the meeting,” Nelson told the Wilde & Tausch Show. “I met with Brian and had a discussion because I had to get a feel for not just the pay cut but what their plans were going forward. After that meeting, there wasn’t, I don’t think, much desire there. I think with the combination of both, we decided what was best for myself and my family [just] as they decided what was best for them and the Packers.”

Despite having a level head about the breakup, Nelson expressed disappointment in the organization for not being more bullish in its desire to keep him.

“I think the hurt part was the unwillingness to try to make it work. Then again, it’s a business and they have to do what they think is best.”

When asked if he is motivated to prove the Packers wrong, Nelson gave a great response.

“I take it the other way and try to prove the Raiders right.” he said.

No matter how Nelson’s NFL career ends, not many players have embedded themselves in the cultural fabric of a franchise over such a long period like Nelson has. He’ll never have to buy a beer in Green Bay for the rest of his life.