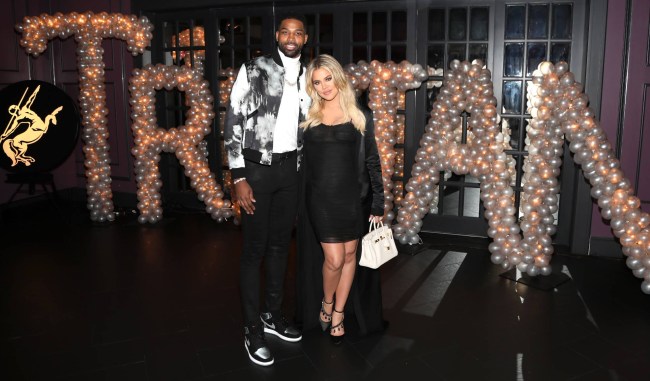 Can you imagine someone from say, the 1950s, suddenly appearing in today’s world and that’s the first headline they see? What a world we live in now, huh? Anyhoo, Jordyn Woods taking a lie detector test in an attempt to clear her name with regard to the claims by the Kardashians and Jenners that she slept with Cavs big man Tristan Thompson.

Of note: Thompson was dating Khloe Kardashian, who he just had a kid with, at the time. Also, Woods was Kylie Jenner’s best friend then as well.

As you certainly recall, Khloe Kardashian ripped Woods on Twitter back in March for “lying” when she appeared on Jada Pinkett-Smith’s often weirdly sexual Facebook show Red Table Talk.

Back then, Jordyn claimed she only gave Tristan a “peck on the lips” while drunk at a L.A. house party.

Following the show, Kardashian tweeted, among other things, “Why are you lying @jordynwoods?? If you’re going to try and save yourself by going public, INSTEAD OF CALLING ME PRIVATELY TO APOLOGIZE FIRST, at least be HONEST about your story. BTW, You ARE the reason my family broke up!”

This week, Woods returned to Red Table Talk, and spent two hours hooked up to a lie detector test. Because it’s JUST. THAT. IMPORTANT.

“I just want everyone to know I’m telling the truth and that’s the most important story to me—the truth,” said Woods.

In a moment reminiscent of the Bill Clinton-Monica Lewinsky affair, Woods was asked point blank, “Did you have sexual intercourse with Tristan Thompson?”

Woods answered in the negative.

“You absolutely passed,” Thurman said after reviewing the results. “I believe you’re being truthful on the test.”

After hearing the verdict, host Jada Pinkett-Smith said, “It taught me a lot. There’s always more to the story so you have to be careful about how you judge no matter what you hear.”

And now we can all move on with our lives to the next very important crisis the nation is facing.