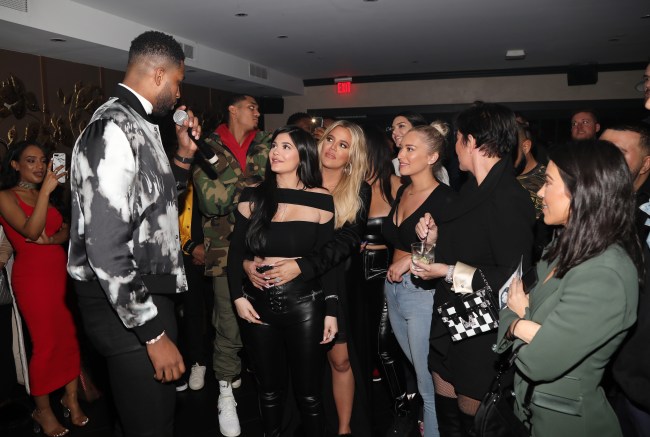 Stop me if you’ve heard this before but Khloe Kardashian has had enough.

Khloe has reportedly broken it off with the father of her child after the Cavaliers’ power forward cheated on her with Kylie Jenner’s best friend (!!!!!!!!)

This is the 21-year-old Jordyn Woods:

Lets not forget that hooking up with his lady’s little sister’s best friend is like the fifth most egregious act of cheating Thompson has done.

Thompson was caught on video kissing two women just days before his wife was to give birth to their child. He managed to weasel out of the doghouse by playing the victim, claiming he cheated because he felt pressure from his NBA peers, who all operate under the unwritten rule of ‘don’t ask, don’t tell.’

Oh and then Thompson was bagged canoodling with two women before the first NBA game this season Raptor, reportedly touching their bum bums in the private player’s area.

It’s about time Thompson stops pretending he’s capable of monogamy. The dude looks like a Calvin Klein model and is playing out a silly $82 million contract. Add that to the fact that the exposure he gets from someone from one of the most recognizable families in the world, and I’m surprised the dude hasn’t banged himself into an early grave.