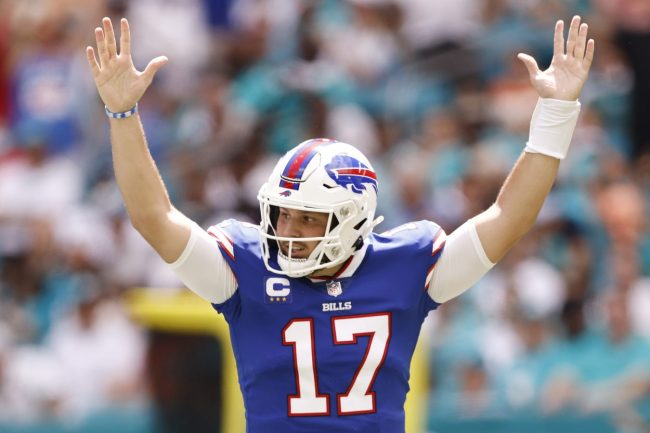 It’s the most wonderful time of the year ! Presents are starting to pile up under the tree, the smell of cookies is wafting throughout the house, and in the air there’s a feeling of Christmas.

With Santa on his way, Bills quarterback Josh Allen knows what is atop his list. It’s the most ‘football guy’ gift possible.

Buffalo will get its rematch against New England on Sunday. Both teams squared off in New York during crazy, swirling winds back on December 6th and played to a four-point loss in which the Patriots ran the ball 46 times.

Now the Bills are looking for revenge on their AFC counterparts in Massachusetts.

Instead, Allen said that all he wants for Christmas is to “go out there and execute on Sunday.” He said it with a big smirk on his face and a twinkle in his eye.

Earlier this year, Allen and Nike pledged $100,000 to Oishei Children’s Hospital in Buffalo. He will be on the nice list this year.

However, Allen did not ask for a win. He asked to go out and execute, which Santa will surely gift him. However, that does not necessarily translate to a victory.

Buffalo will kick off against New England during the early window at 1:00pm ET on Sunday.