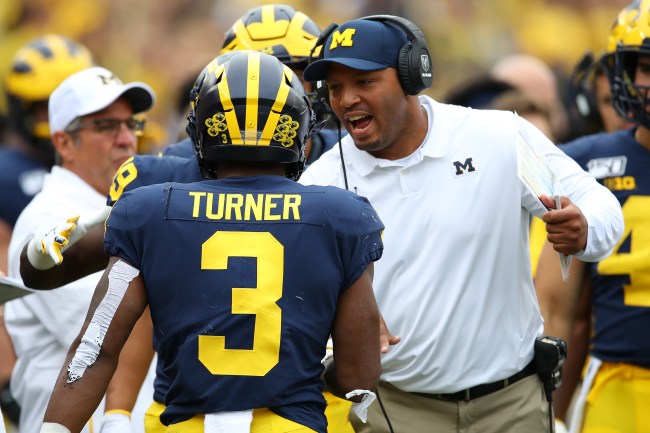 The University of Michigan is really having a good time after their win over Ohio State on Saturday. Who can blame them? It’s been a while and they’re going to revel in the moment.

Yesterday, their joy was expressed in the form of another shot at the Buckeyes. This time, it was the Wolverines’ offensive coordinator, Josh Gattis, who chimed in on the matchup. Gattis said that their gameplan was built around the idea that Ohio State wasn’t “tough”.

It’s hard to argue with him after watching the way that the Wolverines handled the Buckeyes on the ground on Saturday. Michigan outrushed Ohio State 297-64 while averaging over 7.5 yards per carry.

It was certainly an impressive spectacle, especially for a Michigan squad that was a 7 point underdog entering the game, but this feels like Michigan is starting to play with fire. Jim Harbaugh already dropped his quote about Ryan Day being born on third and thinking he hit a triple at Ohio State.

I understand being excited about ending a long losing streak, but this is only going to serve as bulletin board material for Ohio State. They are going to be more fired up than ever to make sure that Michigan doesn’t repeat next year.

It’s already becoming very clear that the buildup to this game next year is going to be a lot of fun.