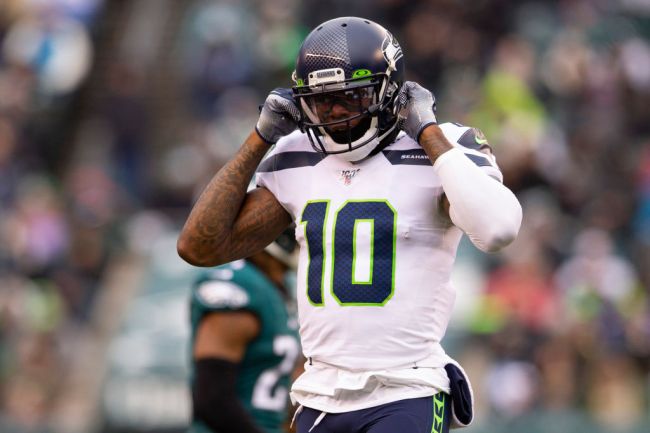 Johnny Manziel and Josh Gordon are going to be reunited on the gridiron. After the 29-year-old wide receiver’s most recent attempt at reinstatement did not end with him playing NFL football during the 2020 season, the former All-Pro is joining the Fan Controlled Football league.

Former veteran NFL WR Josh Gordon will be returning to play football for the @fcfzappers of the @fcflio, per team owner @BobMenery; who also signed Johnny Manziel to the league.

The FCF is a seven-on-seven league that allows fans to call plays and features a shorter field, smaller lineups and a lot of points. It’s essentially a combination of NFL Street and Arena Football. Here is everything you need to know:

Gordon will join Manziel on the Zappers, according to the team’s owner. The two played together on the Browns in 2014, though neither saw a significant amount of playing time that year. Brian Hoyer was primarily the starter for Cleveland and Gordon’s 10-game suspension shelved him for the majority of the season. During Manziel’s second — and final — season in 2015, Gordon was suspended for all 16 games.

Manziel, who says that he joined the league because he was bored, has been tearing it up on offense. His first play from scrimmage was a long run reminiscent of his days at Texas A&M and the highlights keep coming.

When Gordon is on the field, he is equally as polarizing. The former Baylor Bear has struggled with sobriety and his multiple violations of the NFL’s substance abuse policy left him suspended for more games than he played. He was suspended indefinitely in 2019 and had his suspension reaffirmed in 2021 after the league determined that he violated the terms of a conditional reinstatement.

Here’s a reminder of how nasty he can be when he’s on the field:

The Fan Controlled Football League isn’t the game in its traditional sense by any stretch— but Manziel throwing jump balls to Gordon sounds pretty fun.