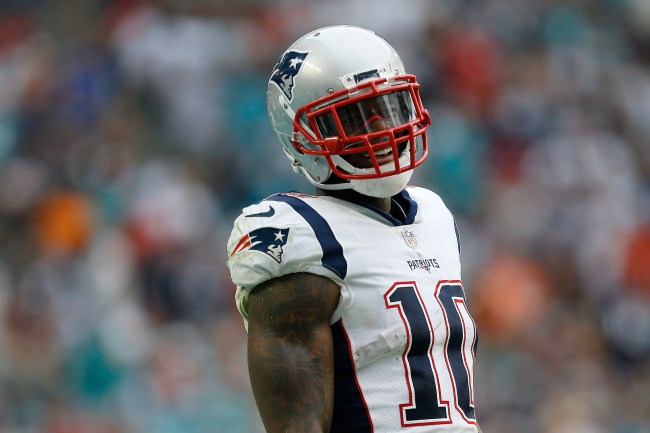 Josh Gordon really does have nine lives, doesn’t he? Just when you thought the beleaguered New England Patriots receiver would be out of the league for always (seemingly) violating some substance-abuse policy, the NFL goes out and saves the talented wideout by reinstating him. And, just when you thought that, just maybe, Gordon ran out of luck with his most recent violation, like clockwork, there was the league letting him back in, per Adam Schefter.

For both the Patriots and Josh Gordon, this is a major victory. Not only do the defending Super Bowl champs get back their most talented skill player, but Gordon gets the necessary structure he needs to (hopefully) stay clean, get into a routine and be stronger mentally. While that’s the hope, we’ve seen this song and dance before, so he’s going to have to prove that he can, in fact, stay out of the doghouse from here on out.

Considering the fact there were lots of people skeptical whether or not Gordon would ever be allowed back onto an NFL field, when Twitter got word that the league reinstated him, people had lots and lots of jokes. Take a look at some of the funnier ones below.

He bout to smoke a joint to celebrate

Gonna be great until he goes ghost again around week 12

Dude gets the most chances out of anybody in the league.

how long until he fails another drug test?

Josh Gordon has all the talent in the world to be one of the most dominant wide receivers in the NFL. He’s fast. He’s built like a F’in racehorse. He’s on a team that wins (a lot) and has great leadership, so one would think he’d stay focused. Unfortunately, that hasn’t been the case for Gordon since entering the league. With his most recent opportunity to turn his career around, we’ll have to see if he’s able to adapt and prove to everyone else that he can (finally) be the player he should be — because the dude is a physical freak of nature.