Josh Gordon Thanks Patriots After They Place Tender On Him, Tom Brady Responds 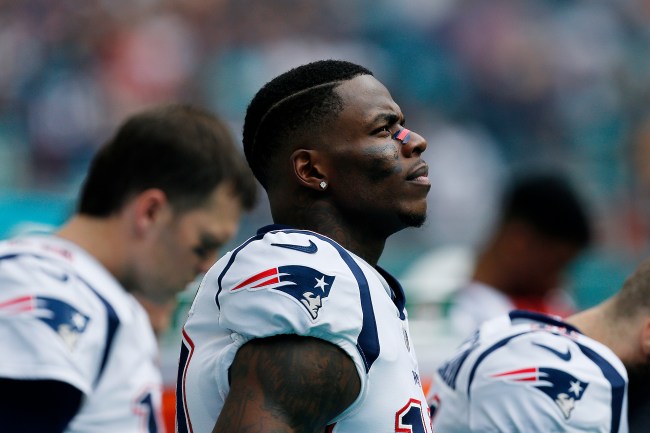 Don’t look now but the Josh Gordon/New England partnership may not be over.

As reported by Ben Volin of the Boston Globe, the Patriots have placed Gordon on a Restricted Free Agent tender. The 27-year-old will make a $2.025 million salary upon his reinstatement from suspension, if granted at all. Since Gordon is a free agent, any team that signs him would have to gift New England with a second-round pick. Essentially, the Patriots tender has made it so that if Gordon plays next year, it will almost certainly be for New England.

The NFL has been hush-hush about the specifics over Gordon’s indefinite suspension, but he could be reinstated before or during the 2019 season.

Gordon took to Instagram shortly after the news broke to thank the Patriots for placing a tender on him. According to CBS Sports, the $2 million he would earn on this deal would be more than twice as much as he received from the Patriots and Browns in 2018.

He captioned the photo of him, Brady, and Edelman with a quote from John F. Kennedy that reads: “Do not pray for easy lives. Pray to be stronger men.”

Tom Brady, who’s only spoken highly of Gordon in the past, commented on the post: “You’ve got that right, Flash.”