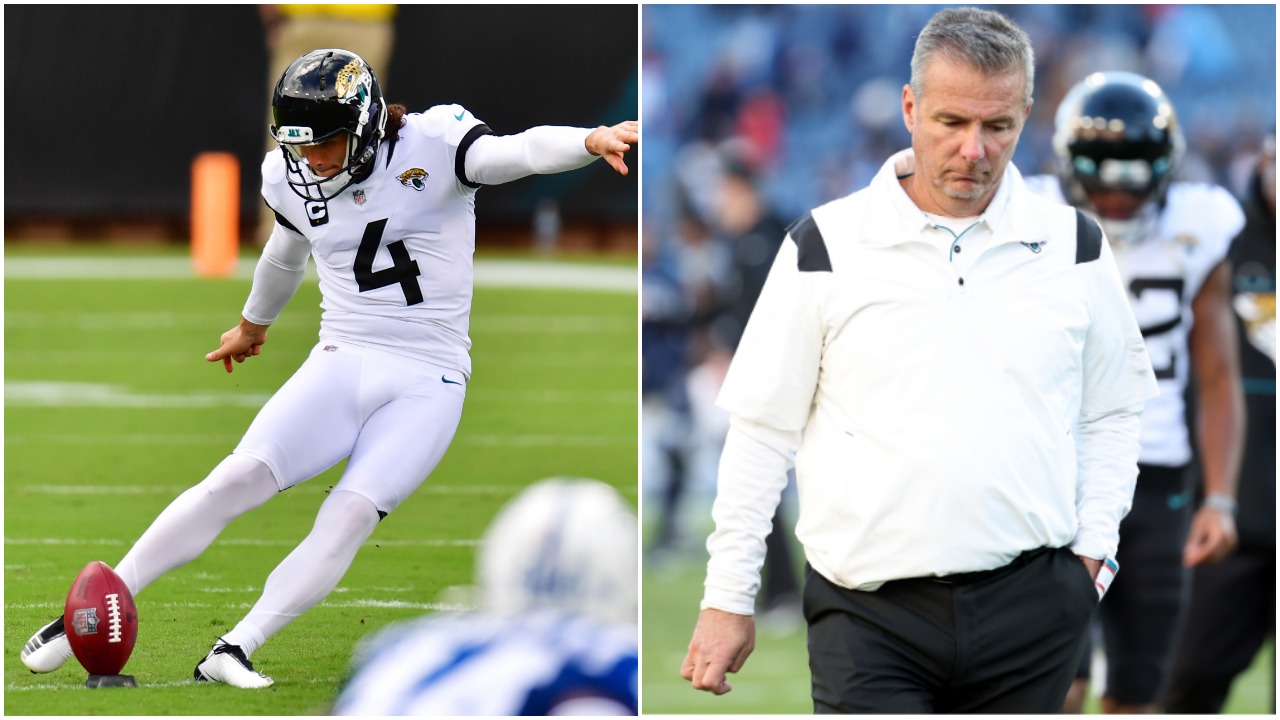 According to Rick Stroud of the Tampa Bay Times, Lambo is suing the Jags and is seeking $3.5 million because he suffered verbal and physical abuse from then-coach Urban Meyer.

Kicker Josh Lambo has filed a lawsuit against the Jacksonville Jaguars seeking his $3.5 million salary for 2021, plus damages for emotional distress. The lawsuit says Lambo’s performance suffered as a result of being kicked and verbally abused by then-head coach Urban Meyer.

The lawsuit claims the incident affected Lambo’s ability to sleep, practice and perform his job the way he had during his seven NFL seasons.

“Mr. Meyer’s hostility had the intended effect on Mr. Lambo, resulting in Mr. Lambo uncharacteristically missing difficult and long kicks from the ranges of fifty-five yards, fifty-two yards and fifty-eight yards,” according to the lawsuit.

Lambo was released by the Jaguars on Oct. 19.

Meyer denied Lambo’s accusations in a statement back in December.

“Josh’s characterization of me and this incident is completely inaccurate, and there are eyewitnesses to refute his account,” “(General manager) Trent (Baalke) and I met with him on multiple occasions to encourage his performance, and this was never brought up. I was fully supportive of Josh during his time with the team and wish him nothing but the best.”