Josh Rosen’s Interest In ‘Environmentalism’ Was Reportedly One Of The B.S Reasons Cardinals’ Front Office Had Concerns 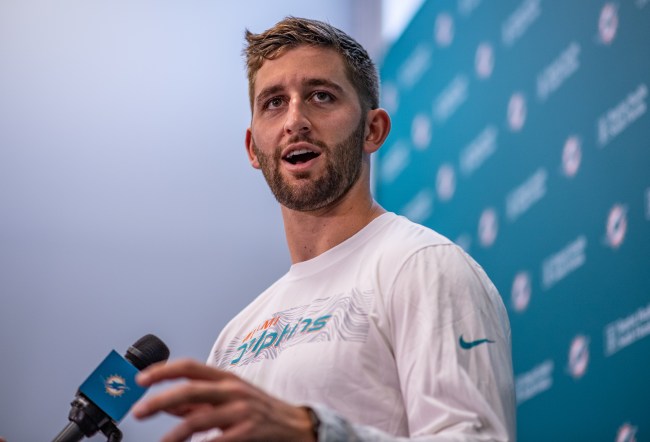 Josh Rosen was one of the top-rated quarterbacks entering the NFL Draft last year, which is one of the reasons why the Arizona Cardinals traded up to the No. 10 spot to snag the former UCLA star — although they reportedly weren’t thrilled about it even then. Fast-forward one year and, well, things are a little bit different for the team.

Gone is the head coach who drafted Rosen. In is a young, offensive-minded head coach in Kliff Kingsbury who prefers a guy who fits his style, making Josh Rosen expendable and leading to the Cards selecting reigning Heisman Trophy winner Kyler Murray No. 1 overall in last week’s draft. It has been a whirlwind for Rosen since being drafted by Arizona, and, even after being traded to the Miami Dolphins last weekend — in which he exited in a classy manner — the guy’s still being talked about as if he’s the scum of the NFL.

While there were reportedly concerns from some NFL teams about Josh Rosen prior to him coming into the draft last year — mainly that he was too interested in off-the-field things — a new report about the 22-year-old signal-caller is actually pathetic. That’s because, per a local ESPN writer who covers the Cardinals, one of the concerns the team had was Rosen’s passion for “environmentalism.” No, that’s not a joke.

The Espn Arizona guy was just on Wqam and said Rosen had outside interests that some people were concerned about. When asked like what he answered “environmentalism. He’s really into the environment. He asked adidas to make his shoe out of recycled plastics”.

adidas does, indeed, make shoes out of recycled ocean plastics. So, good looks on that partnership.

The NFL is full of guys who have a history of arrests and other things, yet NFL teams overlook those players to find a reason to add them to a roster. But because Josh Rosen comes across as being a little smug — and previous reports cast him as an Aaron Rodgers-like prima donna — a team as dysfunctional as the Arizona Cardinals are going to give weird-ass reasons as to why they traded him.

Look, whether this is true or not, the Cardinals got their guy in Murray and should be looking forward, not in the rearview mirror at Josh Rosen. And, while Rosen didn’t light up the league in his 13 starts with the team, the fact that they’re trying to justify the decision to trade him by pseudo trashing him is sad.