Josh Rosen Made The Worst Throw Of The NFL Preseason, If Not The Entire Year 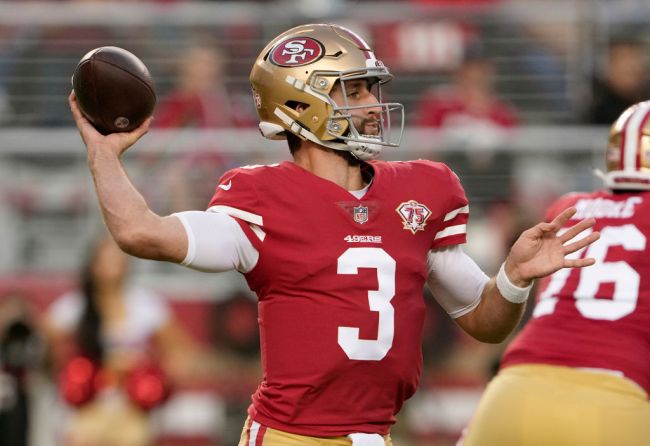 Josh Rosen is so bad. While Trey Lance got most of the spotlight during San Francisco’s NFL preseason opener, Rosen deserves all of the focus for making the worst throw of the year.

Sure, it might only be Week 1 of the preseason, but it’s hard to imagine that Rosen’s abysmal interception will be topped for awhile, if at all.

Near the end of the 3rd quarter against Kansas City, the former first-round pick set up at the Chiefs’ 19-yard-line. The 49ers were in the red zone, but that didn’t last long.

Rosen took a 2.5/3-step drop before rifling a ball across the middle. The pass flew toward the goal line and was immediately caught— by an opponent. For an interception.

The throw wasn’t even close. There was not a single Niners receiver in the vicinity. 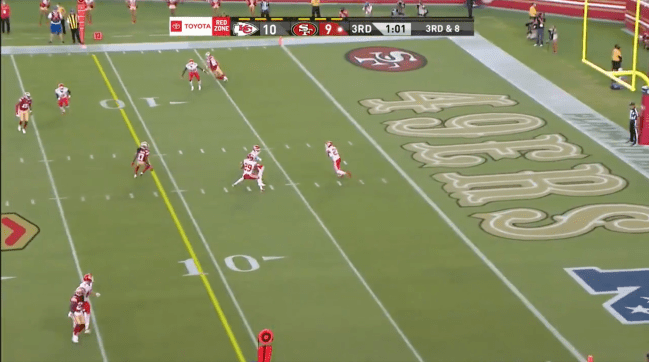 It looked like Rosen was looking for Travis Benjamin (No. 17) over the middle. He had him open for a first down for a moment. 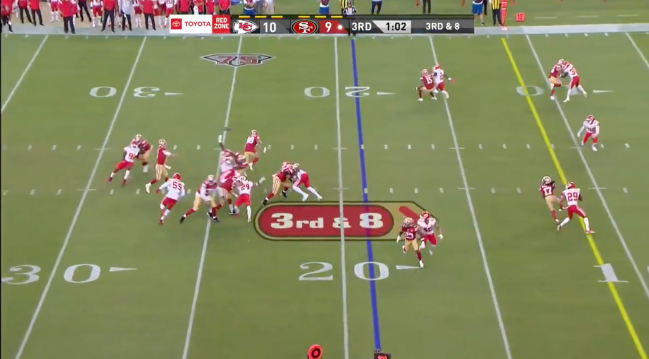 But he air-mailed the throw and it was picked off. 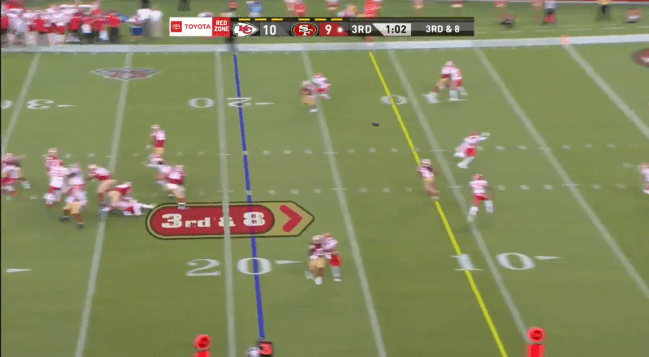 The broadcast broke down the throw and it was hilarious because it just wasn’t even close. It was so, so bad. 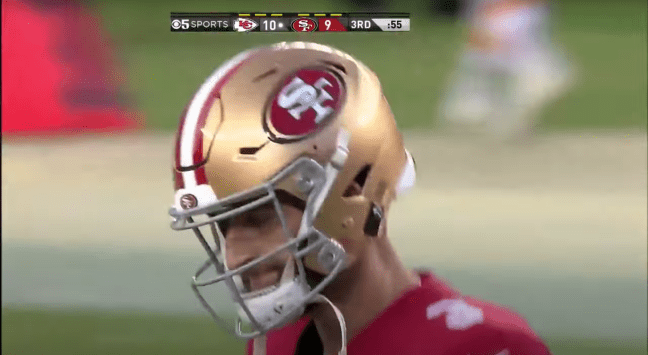 But can we really feel bad for someone who once set up a hot tub in his dorm room?

Rosen, who was drafted in 2018, has spent time with the Cardinals, Dolphins and Buccaneers. He signed with the 49ers during the offseason.

Throughout his career, Rosen has completed 54.8% of his passes for 12 touchdowns. He has thrown 19 interceptions.

During Saturday’s game, Rosen completed 10-of-15 passes for 93 yards and zero touchdowns. It was not the worst performance, but his interception was so bad that it negated any positives.

“I think he started off real well,” he said. “I think he’s taken a couple of steps back the last few practices. You know, it was unfortunate on [interception during Sunday’s practice]. We were supposed to go to someone and we had a busted route, so then it kind of fell apart and he tried to overcompensate and he made a bad situation worse.”

Rosen responded to the comments after throwing his terrible interception on Saturday.

“I don’t really get many reps in practice so you just have to sort of weather the emotional roller coaster when one or two out of your three throws in live team reps aren’t very good,” Rosen said. “You definitely have to mentally work on keeping sort of a calm head. The best quarterbacks in the game are so good because they’re so disciplined at making their reads, and they check the ball down when they need to take completions when it’s there. Sometimes if you’re in a competition and you only get two or three throws a day you just can’t do something to try and show off or this, that or whatever. You just have to stay disciplined. If your four throws of the day are going to be two to the back and two in the flats or something like that, then that’s what it’s got to be. I’m just trying to learn the offense and get used to it and take advantage of every opportunity I have.”

With Trey Lance, Jimmy Garoppolo and Nate Sudfeld ahead of him on the depth chart, Rosen may not even make a roster. After his throw against the Chiefs, it seems to be for the best.