J.R. Smith Is Headed Back To School And Eyeing Eligibility To Play Golf At An HBCU 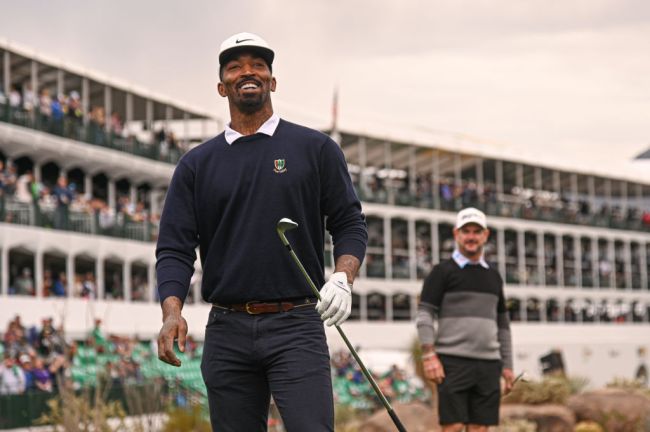 J.R. Smith is officially retired from professional basketball but he is hopeful that he still has some NCAA eligibility left. The two-time NBA champion recently enrolled at North Carolina A&T and wants to play for the golf team.

"Very special. I can't wait to be part of an HBCU Family." great to talk with @TheRealJRSmith here at @WyndhamChamp Pro-Am. Smith is enrolling at @ncatsuaggies (went to NBA straight from HS) and hopes to get NCAA Clearance to play on the @NCATAGGIES Golf Team. @WFMY #wfmysports pic.twitter.com/GzWuiVb95Q

Out of high school, Smith was a five-star recruit and committed to the University of North Carolina. However, the NBA scouts kept reminding him that he could always go back to school whenever.

He ended up being drafted in the first round of the NBA Draft and forwent his time at UNC. As a result, he is hopeful to be granted four years of collegiate eligibility.

Smith started playing golf about 12 years ago after attending Moses Malone’s charity event. He has since become quite the fan of the game and often plays with other NBAers like Chris Paul and Ray Allen— who ultimately convinced him to go back to school.

some of my video of @TheRealJRSmith on the putting green and the course during today's Wyndham Championship Pro-Am. @WFMY #wfmysports pic.twitter.com/72VvOZotiQ

The 6-foot-6, 200-pound 35-year-old plays to a 5 handicap and will begin classes in North Carolina on August 18. He is just waiting on the NCAA to sort out his eligibility which, knowing the NCAA, could take awhile.

When the NCAA does eventually get it together, Smith will be swinging for the Aggies in some capacity.

Even during NBA games, JR Smith was focused on his golf game⛳️ pic.twitter.com/Jx1nlSG52j

He is moving his entire family to Greensboro and looks forward to getting started.

“I’ve got no free time now,” Smith said. “Raising kids and going to school, my schedule will be full. I can’t wait to be a part of the HBCU family. I’ve really been embraced by everybody so far on campus. I’m looking forward to start going to football games and repping Aggie Pride.”