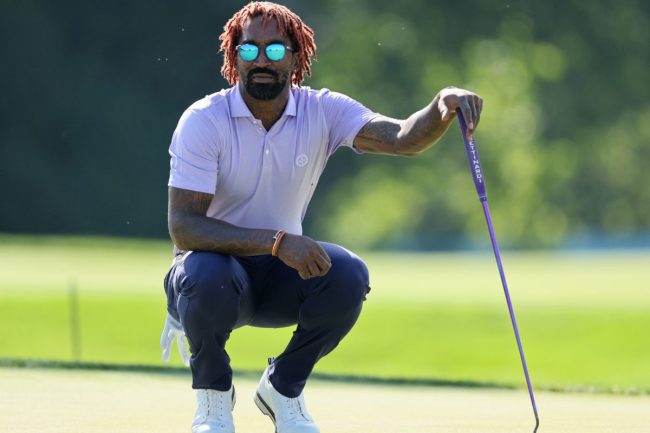 JR Smith has done it all in the sports world. He played in the NBA for nearly two decades, landing a pair of championships. Instead of hanging things up after a lengthy basketball career, Smith opted to try his hand on the golf course.

He went back to school, playing on the links for the North Carolina A&T Bulldogs. He got a chance to see the two worlds meet in what he describes as one of “the most childish feelings” he’s ever experienced.

JR Smith took on Michael Jordan in a game of golf, and he would go on to tell that MJ’s famed trash talk extends far beyond the hardwood.

In an interview with Complex Sports, Smith dove into the match. While it was a childhood dream to be lining up next to Jordan on the links, that didn’t stop MJ from annihilating his opponent both in trash talk and on the scorecard.

JR Smith talks about his golf match with MJ

"You had a good career, it wasn't a great one."

It’s no surprise hearing Jordan betting on the golf course, but that little jab about JR’s career and the amount they’d wager on the competition is priceless. Smith might think twice about getting on the course with MJ again.