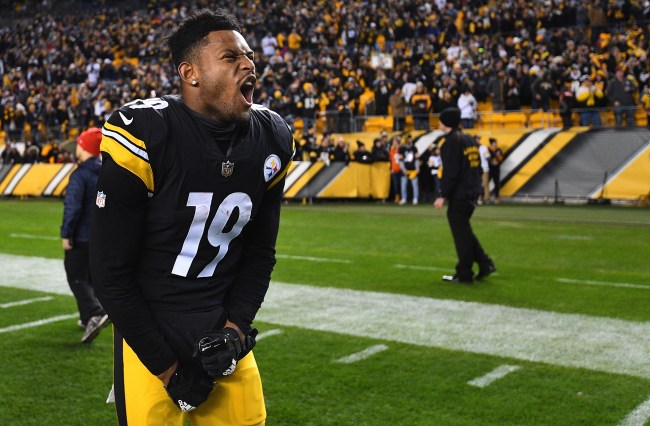 Steelers QB Ben Roethlisberger has been at the center of controversy after Antonio Brown forced his way out of Pittsburgh.

According to Bell, he and Roethlisberger didn’t quite vibe; Bell wishes they’d shared a “more open, more genuine, more real” relationship. He says players didn’t feel like they were treated by the QB as being on the same level as him. “Quarterbacks are leaders; it is what it is,” Bell says. But “you’re still a teammate at the end of the day. You’re not Kevin Colbert. You’re not [team president Art] Rooney.” (On the subject of quarterbacks in general, Bell says that, given the chance to do everything over, “I’d be playing QB.” Or, he says, in the NBA, where contracts are fully guaranteed and players are compensated by production, not position.)

After backlash from his former teammates, JuJu Smith-Schuster decided to go public tonight in support of his quarterback.

BEN IS FINALLY GETTING THE LOVE!!!

When I hear people say Ben isn’t going to the HOF 😂😂😂 pic.twitter.com/JPBgeN9YM2