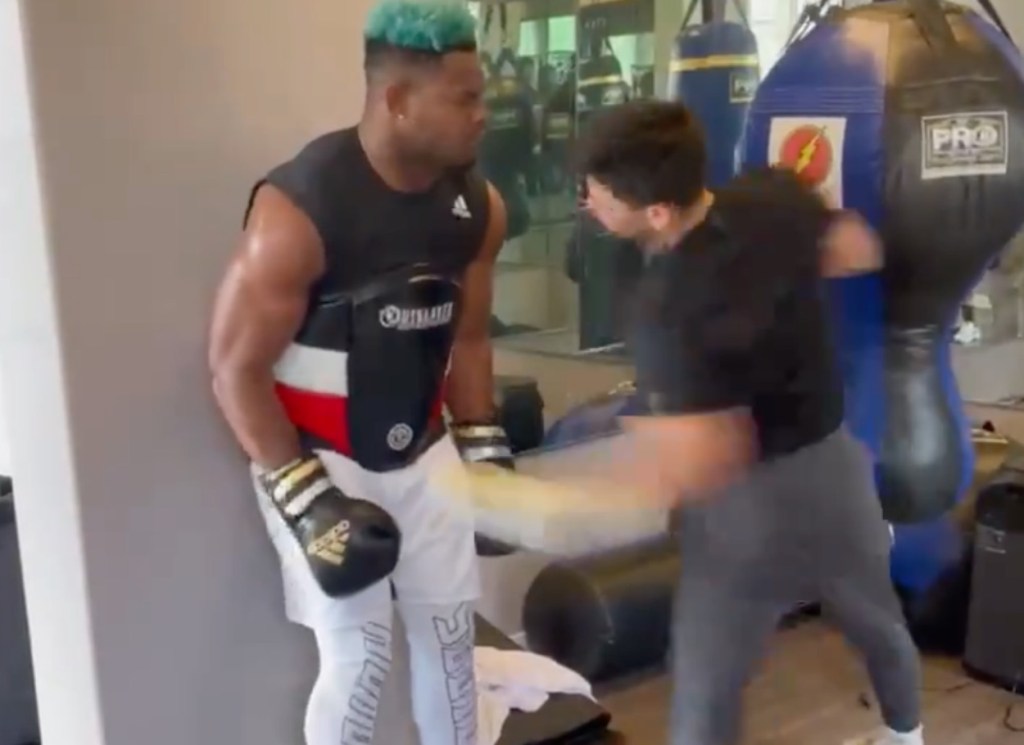 This is one of the strangest training exercises I’ve ever seen from an NFL player. It also reminds me of a discussion earlier in the week when New Orleans Saints fans were freaking out after he posted videos of himself crashing while snowboarding.

When those videos surfaced, all sorts of people on Twitter were discussing how it’s not uncommon for NFL players to have weird clauses in their contracts preventing them from training in dangerous ways. And now all I can think about is how nobody’s stopping JuJu Smith-Schuster from taking brutally punishing body shots, while wearing a guard to protect his ribs from breaking, from undefeated (21-0) professional boxer Ryan Garcia who is considered to be the third-best active lightweight boxer in the world right now.

The Pittsburgh Steelers wide receiver shared this video on Twitter yesterday with the caption “Much respect to Professional Boxers!” and he threw in a ‘Bodyshot Challenge’ hashtag. Generally, the #BodyShotChallenge is done with a chest protector as you see here but there have been instances in the past (last Summer) where

If I’m a Steelers fan I’m both thrilled and terrified by this. On the one hand, you like knowing that one of your top offensive weapons and take punishing shots from one of the best boxers in the world. On the other hand, you don’t want to see him risking a potential off-season injury for Instagram clout.

Steelers fans, what do you all think about this? Get loud in the comment section down below!