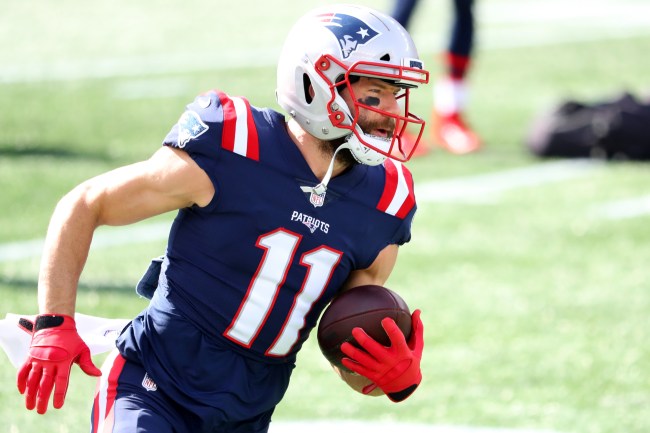 Julian Edelman has a lot of faith in his former teammates and former team. That was the message he was sending when he posted a picture to Twitter that shows a pair of large futures bets.

Wynnbet paid me 100g’s for some social media. I’ll take 545 instead 💸 pic.twitter.com/IRBNwwUjOF

Both squads will be facing an uphill battle to make it that far. The New England Patriots are the 6-seed in the AFC and have to travel to Buffalo this weekend. They would likely have to win 3 road games to make it to the Super Bowl.

The Bucs have a somewhat simpler path. They’re the 2-seed in the NFC and get a home matchup against the Eagles. They’ll get at least one more home game after that, but could have to travel to Lambeau Field for the NFC Championship for the second year in a row.

Julian Edelman bet big on the people he built his career with. Let’s see if they can deliver him some big wins.