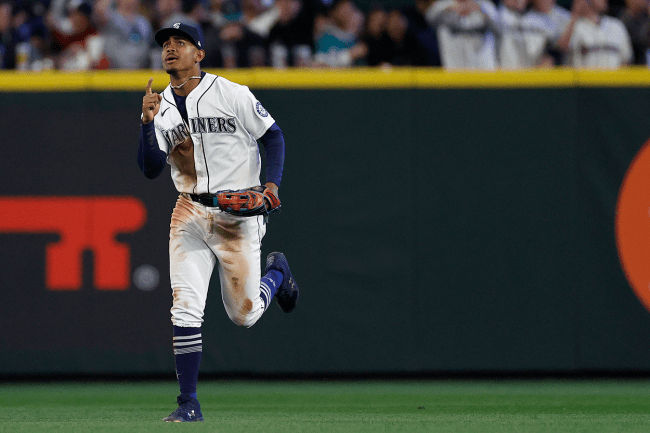 21-year-old Julio Rodriguez was the third-ranked prospect in baseball before making his MLB debut on Opening Day this year. Although he’s only been in the league for about a month, he’s already making a big impact with the Mariners.

Through the first 23 games, Rodriguez is hitting in the middle of the order and is starting to find himself at the dish. Meanwhile, his presence in the field has been crucial.

On Tuesday night, Seattle played its second of three games against the Astros in Houston. Although the visitors lost 0-3 to fall to exactly .500, Rodriguez made one of the coolest plays that you will ever see.

The energy that he brings to the field is part of the new generation of players who are playing loud and having fun. It’s everything that makes baseball great.

During the Tuesday night game, Rodriguez was playing centerfield when Michael Brantley popped one up to shallow right center. After getting a bit of a slow jump, the young Seattle star got on his horse and slid in at the last moment to make a nice catch.

Meanwhile, he was blowing a bubble. Literally.

As Rodriguez slid down to the turf and made the catch, he casually blew a big bubble with his gum. It wasn’t just a coincidence or an accident.

Rodriguez deliberately blew a bubble as he tracked the pop-up and slid in for the grab. It was so smooth.

Julio Rodríguez blew a bubble with his gum while making this sliding catch 🤣 pic.twitter.com/i5t3MCUQe1