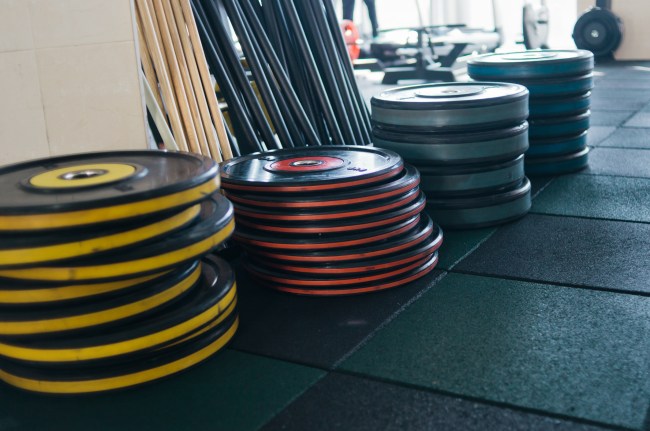 Julius Maddox has only been powerlifting for seven years but he’s already broken one of the biggest records in weightlifting. The man from Kentucky set a new record in Mountain View, California last week in front of a raucous crowd that went nuts when he put up a mind-bending 739.6-pounds on the bench.

Things got dicey for a moment after Julius Maddox broke the world record and briefly lost control of the bar. A team of spotters had to rush in and help get that bar back in place and I don’t even want to think about what would’ve happened if that bar holding approximately 740-pounds landed on his neck. The video’s description says this stumble was caused when one of the spotters ‘hit the weight’ and created a wobble, so it was actually out of Maddox’s hands at that moment.

Julius is a TuffWraps sponsored athlete and this clip was shared on their YouTube channel last Saturday. The previous world record was set in 2015 by Russian powerlifter Kirill Sarychev who benched 335kg. Julius put up 335.5kg (739.6lbs) and benched his way into the record books.

Back in June, Julius set an American record when he benched 328kg (723.116-pounds). There are 100% going to be critics of this new world record after that wobble at the end. Julius took to Instagram (@irregular_strength) where he calls out people referring to this as ‘the most controversial lift in powerlifting’ but says this is ‘just the beginning!’ for him.

Julius had FIVE spotters during the ‘Boss of Bosses’ event in Mountain View, California and he told newspapers that he wasn’t expecting this to happen so soon for him:

“We weren’t expecting a world record this early — we were hoping maybe by December,” the Owensboro native told the newspaper. “But no one expected this to happen. Some people thought it would not be broken within 20 years, but I came in and changed the direction and changed everybody’s opinion. It’s crazy — I’m blown away.”

Maddox said he’s already been offered several opportunities since breaking the record, including a challenge to lift over 360kg and even a head-to-head lift-off with Sarychev — who is seemingly interested in getting his title back. (via)

The man who lost the world record, Russian powerlifter Kirill Sarychev, congratulated Julius on Instagram with a great message: “You are the beast brother, Congratulations. And thank you for the motivation. See you on the platform.”

It will be interesting to see what happens next and how far these two enormous weightlifters and push the limits of the human body in a back-and-forth battle for the record books.

Julius Maddox found a new life in powerlifting just seven years ago after having problems with the law and conquering drug addiction. I’m certainly intrigued to see what his limits look like seven years from now and if his body will continue to progress at this rate or if he’ll run up against a wall.

As for what comes next, in the immediate future he has weightlifting events in January and April, but he’s said that he wants to eventually go on a ‘weight-loss transformation’ and lose 100-pounds after he’s done with weightlifting. “Ultimately, I want to inspire people,” Maddox told the newspaper. “I just want to inspire the underdogs, those guys that society has counted out and viewed as a lost cause and let them know there’s a way to make it out.” (via)

You can find him on Instagram at @irregular_strength to keep up with everything happening in the gym leading up to the next events in January and April.