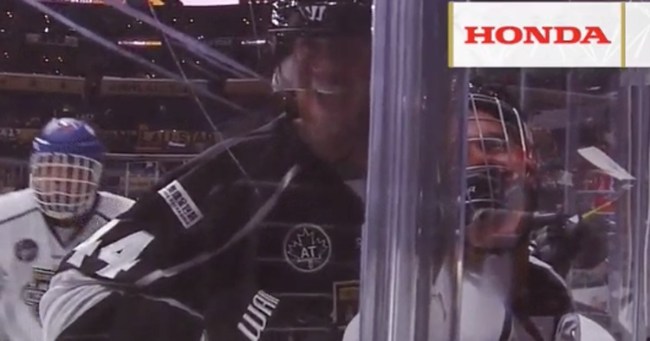 Justin Bieber played in Saturday’s NHL All-Star Celebrity Shootout, but it was not his on-ice performance that was the highlight. The most glorious moment of the game and possibly the week was seeing Biebs get thrashed by Chris Pronger.

The 6-foot-6 Pronger smashed the pop star up against the boards and instantly became an American hero.

Is it too late now to say sorry? #NHLAllStar

Chris Pronger’s happiness just pours through in this priceless photo.

Not all heroes wear capes.