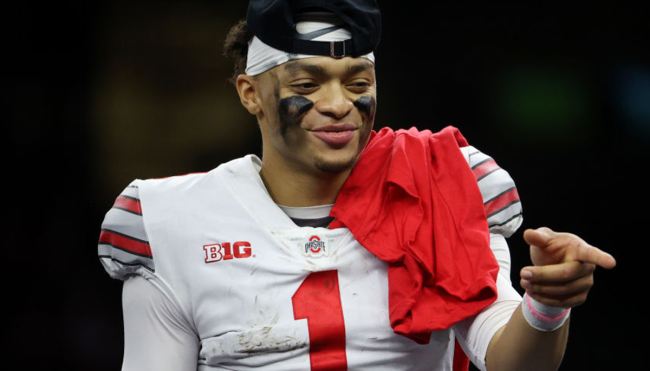 I thankfully don’t have intimate knowledge of what goes through your head after realizing your body has been on the receiving end of a bullet. However, I imagine most people who’ve suffered that fate can relate to the story of a Chicago man who used the thought of the things he still had to achieve in life to survive a scary ordeal that unfolded in June.

According to Block Club Chicago, music writer Scott Morrow was heading to a friend’s apartment last month when he was shot in the back after a gunman opened fire following a minor car crash that occurred in the vicinity of where he was walking. The 41-year-old recounted what was going through his head while he was being rushed to the hospital in an ambulance, recalling:

During an interview with 670 The Score, Morrow elaborated on those thoughts, saying, “Pretty much all of Chicago has gone our whole lives without even having great prospects for a franchise quarterback. I can’t die before seeing Justin Fields take the field.”

The diehard Bears fan is currently recovering at his parents’ house after undergoing multiple surgeries stemming from the damage he suffered as a result of the wound. On Monday, he got one hell of a surprise when Fields paid him a visit and presented him with a jersey he can rock when he’ll get to see his dreams come true this fall.

Just met Bears rookie QB and future Hall of Famer @justnfields (as well as his lovely parents)! I can’t believe they came out to to visit a little ol’ gunshot victim. Bear effing down! 🐻⬇️ Thank you, @ChicagoBears @670TheScore @ParkinsSpiegel @shane_riordan @CEmma670 pic.twitter.com/x4QUqY73Xu