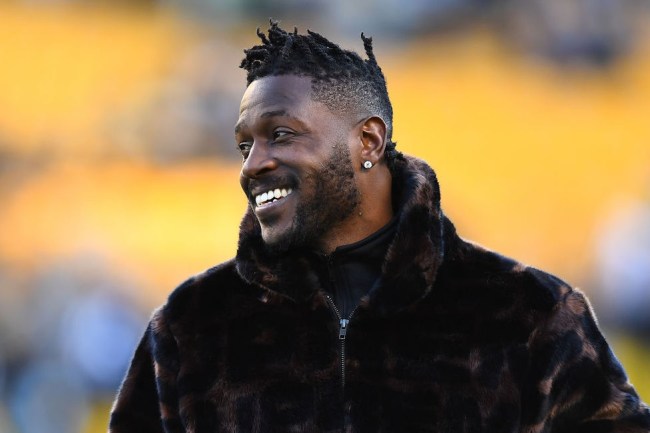 Plenty of athletes have been sidelined thanks to freak injuries but I can’t think of a case in recent memory that’s more bizarre than that of Antonio Brown, who managed to make anyone who saw the following picture throw up in their mouth a little bit when he posted it over the weekend.

@AB84 just curious on why your feet look like the new @BurgerKing taco. pic.twitter.com/T1OwdOiOzx

The Raiders had high hopes when they traded for Brown in March but he’s been sidelined at training camp so far thanks to the frostbite he suffered after failing to wear the proper footwear while using a cryotherapy machine, and as of right now, it’s unclear when he’s going to be able to take the field.

Now, it looks like Raiders fans shouldn’t get their hopes up concerning his return if former Olympian Justin Gatlin is to be believed, as he recently chatted with TMZ about what he had to endure when he suffered a similar injury back in 2011.

The sprinter—who won five Olympic medals over the course of his career—said it took months for him to be able to get back to a competitive level and described what the recovery process was like, saying:

“It was a disaster. I had, like, boils and blisters all over my ankles. … Every day I had to get those blisters popped by hand by a therapist. … It just got really, really bad.”

While Gatlin might not be a medical professional, he predicts Brown will be unable to run the routes he gets paid millions of dollars a year to run until he makes a full recovery, which means it could be a while until we see him back on the field.

However, at least one actual medical professional says he thinks Brown will be back by the start of the season so I guess we’ll see who’s right in the long run.