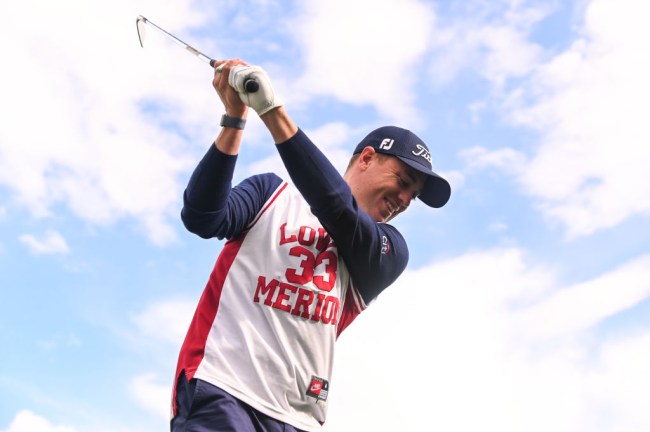 Usually, it’s NFL and NBA players that get to show off their style and outfits. While it’s usually true that they’re the athletes with the most drip, Justin Thomas is here to remind everyone that you can’t sleep on golfers when it comes to the fashion game.

It would be ridiculous to sit here and write that every golfer out there dresses well because that’s far from the truth, but golf fashion has changed quite a bit over the past 15 or so years.

While Thomas wears one of the most classic brands out there while on the course, Polo, that doesn’t mean he doesn’t go a bit bolder with his fits when he’s not on the course.

The 27-year-old recently linked up with GQ Sports and gave us all an in-depth look into his multiple closets. While he shared some of his favorite outfits on the course, including his pink polo he won the 2017 PGA Championship in, it’s his collection of sneakers and vintage jerseys that’s super impressive.

Thomas also shares the classic story about throwing out the first pitch at a Cubs game. He was there just to enjoy the game and delete a few beers, but 15 minutes before the game the team asked him to throw out the first pitch. He took down a couple of beers, threw on the jersey, and stepped up to the mound.

Related: We Chatted With Justin Thomas About Being On The Cover Of PGA Tour 2K21, How Tiger Woods Is Going To React And What His Routine Looks Like These Days