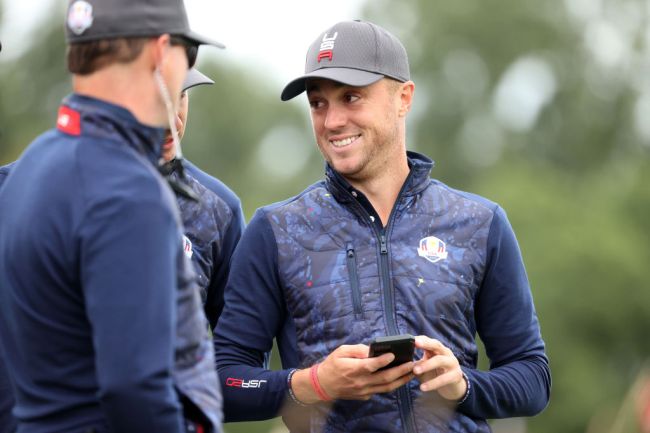 Justin Thomas is one of the better-dressed golfers on the PGA Tour, that’s just a fact, so it shouldn’t be a surprise that he’s wearing some spectacular custom golf shoes this week during the Ryder Cup.

It seems the 28-year-old reached out to Nomad Customs to put together a pair of USA-themed golf shoes, and they delivered.

The shoes have all your classic American symbols on them including a giant American flag, the Statue of Liberty, a glorious bald eagle, Uncle Sam, The Constitution, and the undefeated phrase ‘Merica.

It’ll be interesting to see when Thomas will rock these custom shoes at Whistling Straits. Maybe he brings them out for his Sunday’s singles match, or maybe he wears them all week long. I’d go for the latter, those shoes need to be worn more than once.

Thomas will be looking to build off of his rookie performance during the 2018 Ryder Cup where he posted a 4-1-0 record. The Americans got embarrassed in Paris that year, but now they’re on their home turf as favorites looking to change things up as the Europeans have won seven of the last nine Ryder Cups.