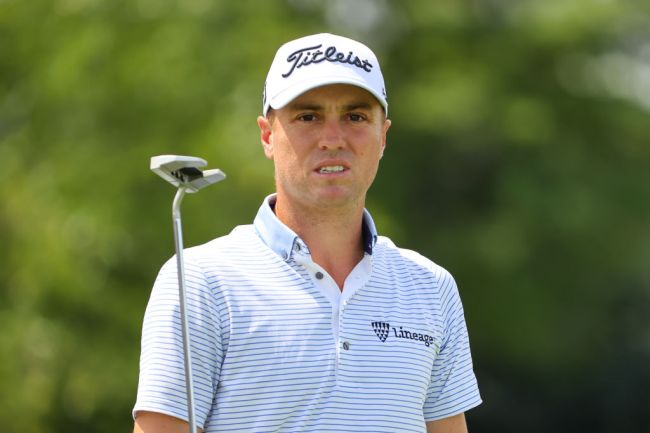 Justin Thomas’ game from tee to green this season has been stellar as he ranks fifth on Tour in strokes gained: tee-to-green and third in strokes gained: approach. It’s when he gets on the green when things go South. His putting has held him back this year, to say the least.

Thomas ranks 112th on Tour in strokes gained: putting. The putter has been ice-cold for the majority of the season outside of his win at The Players and four other Top 10 finishes. He revealed on Thursday at The Northern Trust that he even hurt himself this year practicing his putting so much. This also led him to put away his trusty Scotty Cameron putter he’s used over the years.

Now, that putter is back on the scene at The Northern Trust. During Thursday’s opening round 63, he managed 10 one-putts and zero three-putts. It turns out he can credit putting his old putter back in the bag and finding his stroke again, at least to some degree, to a 15-year-old he chatted with last week.

Thomas saw the junior golfer using a similar model Scotty Cameron at his AJGA event in Louisville and walked over to him. The 15-year-old then practically convinced him to bring back his old putter.

“I’m like, the kid’s got a point, Thomas continued. “They designed a putter after it, maybe I should bring it out. When I brought it out, it looked good, it felt good. Again, a lot of familiar feelings with it.”

"I got my baby back in the bag … My gamer."@JustinThomas34 is busting out the big guns for the Playoffs. pic.twitter.com/1dyZ7Di2vm

See, even the No. 5 ranked player in the world is searching for something, and he found it via a random 15-year-old at a junior tournament.