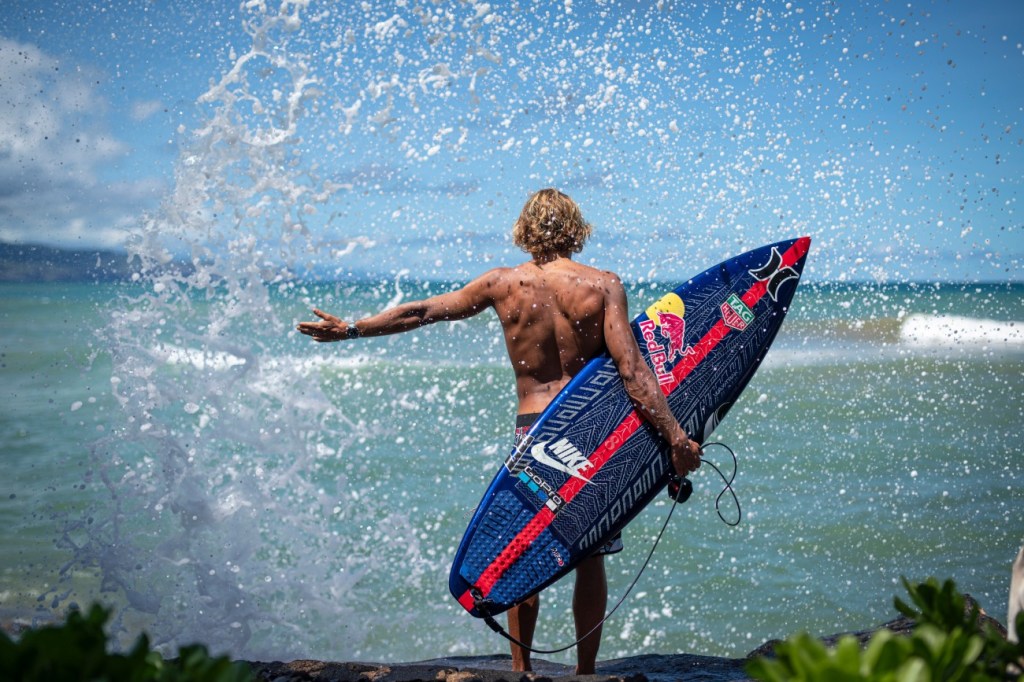 A historic South swell brought some of the biggest waves in 20 years to Maui. And a swell of this proportion brings with it the greatest surfers on the planet who aren’t already in Hawaii. When news starts circulating of perfect conditions like these (for surfers, not residents) everyone who isn’t there already books a flight and gets there fast.

Hawaiian-born surfer Kai Lenny is arguably the biggest name in surfing these days. He’s a classic ‘waterman’ and rides every type of board from shortboard to foil to longboard and charges waves of all sizes, jumping back and forth between smaller shore breaks and massive Big Wave Surfing in Nazare or in this case, Maui.

The waves were so big that one was reportedly measured with a 25-foot wave face. And while the biggest Maui waves in 20 years were a godsend for professional surfers, they wreaked havoc on some locals. I’ve pulled some videos of Kai Lenny’s epic ride along with mayhem caused by the waves.

Here’s Kai Lenny’s view from INSIDE the waves off Maui:

Unreal footage of waves crashing OVER the Keauhou Kona Surf & Racquet club. Details on what happened there, tonight on our KITV news at 5 and 10pm. @kitv4

Getting back to the surfing, is it wrong to call this the best swell ever in Maui?

The 25-foot wave face was reportedly measured off Diamond Head and it’s the biggest wave measurement there in 25 YEARS.

Normally, Hawaii and other Northern Hemisphere surfing destinations see their biggest waves in Winter. Hawaii’s big wave season typically runs from November to February and the same could be said for places like Nazaré in Portugal or Mavericks in Northern California.

And in Winter, guys like Kai Lenny are traversing the globe chasing massive waves. It’s wild that a swell of this size would just land in their lap in Hawaii this time of year.