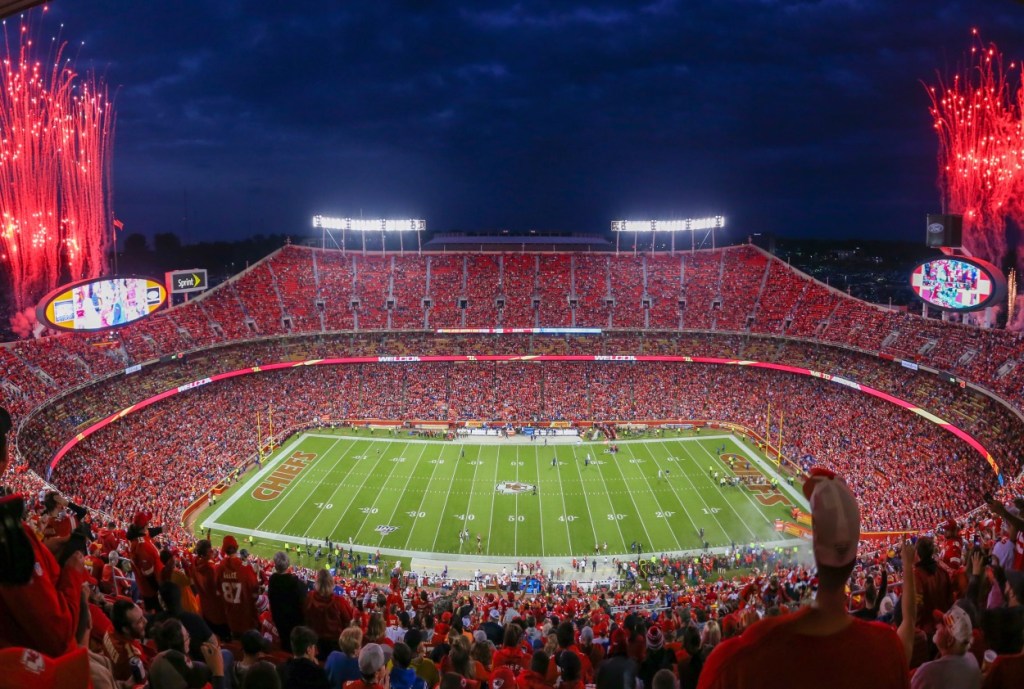 There was big news out of Buffalo when it was recently announced that New York taxpayers would foot the bill for $850 million of a new $1.4 billion stadium for the Bills. That will be the single biggest taxpayer contribution ever for an NFL stadium. From where I’m sitting, it sure seems like the Kansas City Chiefs saw that announcement and decided they wanted some of that taxpayer funding for privatized profits.

Kansas City Chiefs president Mark Donovan recently took a shot across the bow in what’s sure to be a battle with the local government for a new stadium. He dangled a thinly veiled threat in front of the public that they would consider moving the Chiefs to Kansas City if they didn’t get what they wanted! Wait, what?

According to a recent report from SportsBusinessJournal, Chiefs president Mark Donovan said: “Pretty consistently, we get inquiries from the state of Kansas, [that] if you’re going to make a change, what if you brought the stadium here? So we’re looking at that as well.”

Where Do The Chiefs Currently Play?

For all intents and purposes, the actual Kansas City is in Missouri. That’s where the proper ‘downtown’ is located with most of life happening on the Missouri side of Kansas City. And over on the Kansas side there’s a lot of industry going on but it does extend out to the Sporting KC (soccer) stadium and the casino + speedway.

It seems like that region around where the Sporting KC stadium is located would be the most likely candidate for a new Kansas City Chiefs stadium should they ever decide to move the team from Missouri to Kansas.

Do The Kansas City Royals Factor Into Any Of This?

Adding to the confusion is the Kansas City Royals who also currently play in Missouri. Kauffman Stadium where the Royals play is 49 years old (it was built in 1973) and rumors of a new stadium for the Royals started circulating last Fall.

At that time, the Chiefs’ owner Clark Hunt got out in front of the news cycle and said if the Royals receive any public funds (tax dollars) for a new stadium then the Chiefs would demand it as well.

How do Chiefs fans in Missouri feel about this?

Moving the Chiefs to Kansas is as stupid as that fuqing taunting rule & I live in Kansas. pic.twitter.com/fA3JJ5467q

Chiefs ain't moving to Kansas. Can't believe people are falling for that BS. It might be used as leverage down the road to get a new stadium, but they aren't moving to ks

The talks about moving the Chiefs stadium has made me think a point is needed to be made. Kansas is the California of the Midwest. Nobody likes it

What are we even talking about anymore?

If you’re confused, you are not alone. Most people don’t realize that the Kansas City Chiefs and Royals both play in Missouri. Former President Trump even congratulated the great state of Kansas after the Chiefs won the Super Bowl. I’d reckon that less than 1% of the global population and less than 50% of the US population knows the Chiefs and Royals play in Missouri and not Kansas.

I imagine you’re leaving here more confused than when you arrived. But leave knowing the Kansas City Chiefs are currently considering a move from Missouri to Kansas, and it will continue to confuse everyone outside of the Midwest.