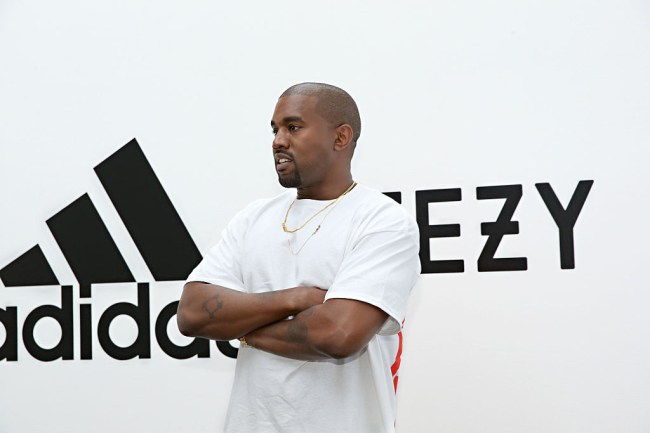 After deleting his Twitter account in May 2017, Kanye West has reactivated his account and made sure to mock Nike and their “Air Monarch” sneakers and accused the sneaker giant of ripping off his Yeezy 700’s. For whatever reason Kanye went on to delete the tweet but we were able to capture a screenshot. 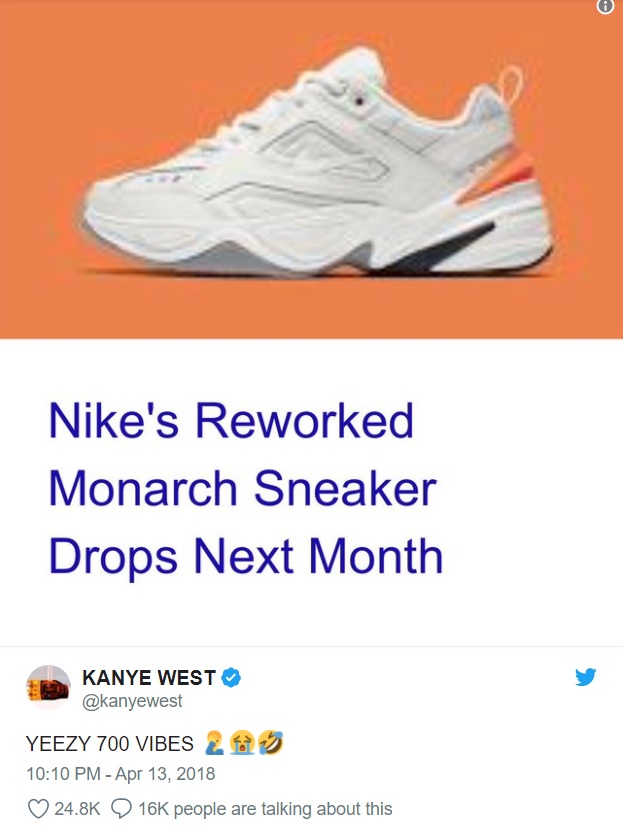 Kanye has a long history with Nike and infamously had a falling out with the shoe company when he released the song “Facts” and rapped that “Nike treat employees just like slaves,”.

Many attribute Kanye’s signing with Adidas as a major shift in the sneaker wars. Adidas is currently #2 behind Nike and has surpassed Jordan brand in sneaker sales this past year.

Adidas now owns 13% of the sneaker market in the United States, more than double what it had a year ago, and 1.7% higher than what was reported in June. That number puts Adidas at number two behind Nike, which holds about 44% market share in the region, down from 60% in 2014. (The 44% pulls from Nike, as well as subsidiaries Jordan Brand and Converse)