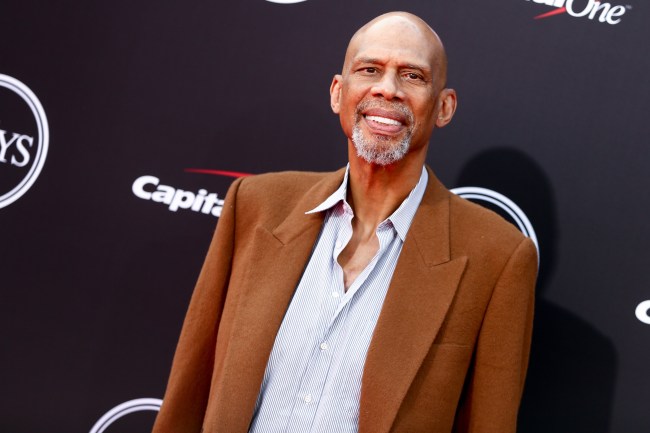 Kareem Abdul-Jabbar knows a little something about scoring records. After all, the Hall of Famer is the career leader in points scored in NBA history with 38,387, with the next closest active player being LeBron James who just moved into fourth on the all-time list after passing his idol, Michael Jordan, the other night.

While Kareem might hold the record for most points in a career in NBA history right now, there’s an outside shot that James could break the mark should he stay healthy and continue to perform at the level he has been over the course of his career. While James still trails Kareem Abdul-Jabbar’s all-time record by 6,076 points, at the age of 34, LeBron would need to average about 15.5 points per game for the next five years to overtake the mark; assuming James averages 75 games each season plus the remaining 17 games this year. For a guy who is known more for his overall playmaking abilities than just his scoring, that’d be a pretty wild accomplishment by LeBron James.

Although the current L.A. Lakers star is still years away from sniffing the scoring record, the former Lakers star, Abdul-Jabbar, wanted to offer up some inspiring words and congratulations to James following his moving up the all-time scoring list the other day. More specifically, seeing LeBron get emotional on the bench after passing Jordan — and then talking about MJ’s impact on his own life after the game — Kareem Abdul-Jabbar knew what doing so meant. Take a look at Kareem’s message to LeBron James, which he posted on Instagram.

Classy move from Kareem Abdul-Jabbar, who has been one of the most stand up athletes ever. Remember, this is the same guy who recently auctioned off his championship rings in an effort to raise money for charity, so good on the Lakers legend to continue to spread some good and recognize greatness at the same time.