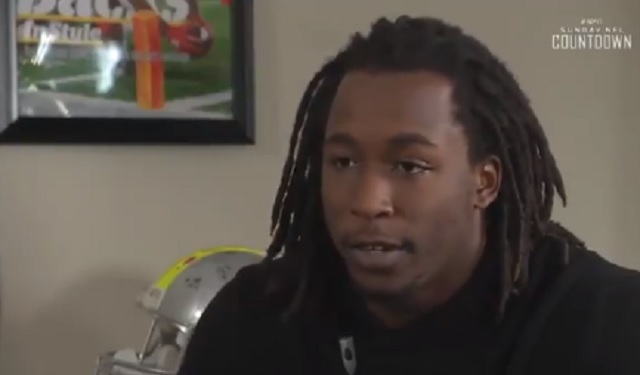 Kareem Hunt may have gone on ESPN in his first interview since being released by the Kansas City Chiefs over the weekend and claim that the man in the disgusting hotel surveillance video of him attacking a woman “wasn’t the real” him, but, according to a new report from TMZ Sports, the free agent running back was also accused of attacking a man in a nightclub back in January of this year, so it seems he has quite the history of violence.

Although Hunt was never arrested following the police report of the nightclub attack, the TMZ report says that the accuser claims he was confronted by a former teammate of Kareem Hunt’s outside of Mosaic nightclub around two in the morning on January 7, 2018, George Atkinson. After confronting Atkinson about something, the NFL player punched him in the shoulder, and the player’s crew, which included Kareem Hunt, continued to beat the man up.

Eventually, the accuser — who claims he was struck in both his body and head multiple times — ended up at the North Kansas City Hospital emergency room for a broken rib, broken nose and multiple bruises and contusions. He also believes he was knocked unconscious.

The TMZ report goes on to say that, after talking to the Kansas City Police Department, neither Kareem Hunt nor George Atkinson were arrested following the attack, with no charges ever filed. Police said that the accuser stopped cooperating after filing the report, so not sure why that was the case.

With this most recent report of Kareem Hunt attacking yet another person, it’s now the third allegation of violence which involves him, with the two others being the hotel attack in Cleveland against a woman, and then the allegations of Hunt punching a man at an Ohio resort over the summer of this year. In all three instances, Hunt was never arrested or charged with a crime, which is somewhat suspicious given this history of violence.

After going unclaimed on waivers following his release from the Kansas City Chiefs, Kareem Hunt’s now an unrestricted free agent, although he remains on the commissioner’s exempt list. Given all this information and the reports of alleged violence, one would think that the 23-year-old Hunt will have a difficult time ever getting back into the NFL.