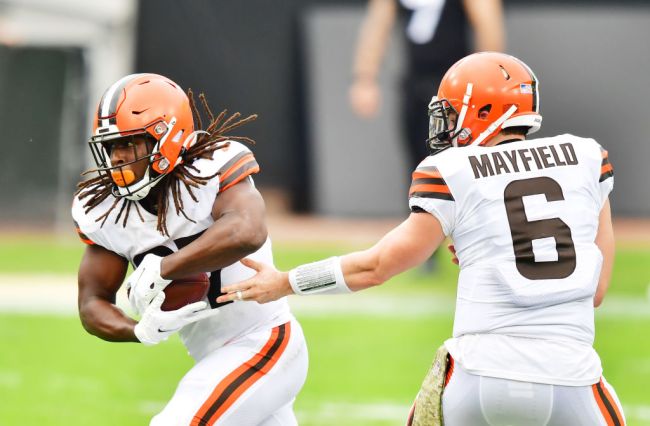 Baker Mayfield is apparently not very popular with his teammates’ parents these days.

Earlier this month, Odell Beckham’s father took shots at him, and now Baker is getting it from Kareem Hunt’s dad.

After the Browns lost to the Ravens on Sunday Night Football, Kareem Hunt Sr. went on Facebook to say that he felt Mayfield was “hurt,” “scared to throw,” and implied that Browns QB should be benched.