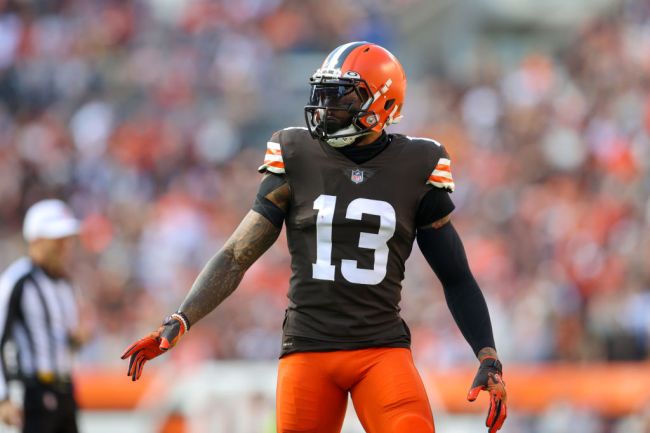 Odell Beckham Jr. has not had a good season thus far in Cleveland and the rumblings are starting to pick up that he may be in need of a change of scenery. He hasn’t demanded a trade to anyone’s knowledge, but it certainly feels like the Browns could look to go their separate ways.

OBJ has just 17 catches on 34 targets for 232 yards and has yet to find the endzone this season. Looking at that stat line one might imagine he’s not getting to the right spots on the field, but that doesn’t seem to be the case in the video his father shared on his Instagram.

After the Browns’ loss to Pittsburgh on Sunday, a game in which Beckham Jr. had just one catch on one target, his dad shared the 11-minute video titled “Odell Beckham is Always Open for the Cleveland Browns.”

Related: ‘Free Odell’ Trends After He Only Grabs 1 Catch For 6 Yards In Career-Worst Game

The video contains footage of OBJ in action from Week 3 to Week 6 and after watching it, there’s no denying that Beckham Jr. certainly did his job over the course of those three weeks.

Beckham Jr. has been getting open for the Browns, but he and Baker Mayfield are clearly not on the same page with one another as the video shows many underthrown or overthrown passes.

The NFL trade deadline concludes on Tuesday afternoon, and while it’s not expected that OBJ is dealt to what would be his third different team in four seasons, perhaps a move this offseason isn’t out of the question.