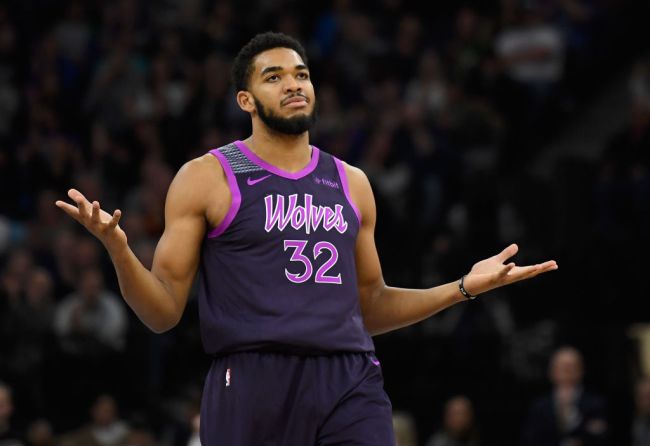 Everyone does certain things before a big game, a big meeting, or a night out to get the juices flowing. For most, it’s listening to a certain song that gets us pumped up and ready for what lies ahead, but Timberwolves big-man Karl-Anthony Town isn’t like most people.

Towns revealed that he’ll be watching videos of two gorillas fighting to the death to get him pumped up before games this season.

That keyboard noise you hear in the background? Yeah, that’s PETA typing up a fiery email to the Timberwolves and Towns himself.

Karl-Anthony Towns said his pregame ritual to pump him up this season is watching two gorillas fighting to the death.

Watching two gorillas fight it out to get you ready to battle on the hardwood is an interesting choice but to each their own.

Some of the reactions to Towns’ pregame ritual on social media were hysterical.

That’s at least 82 gorillas dead to satisfy his bloodlust in the 21-22 season alone. Horrifying

I do the exact same thing in the parking lot of my daughters daycare before I pick her up. One of us is going to win, and I’m damn sure it’s me