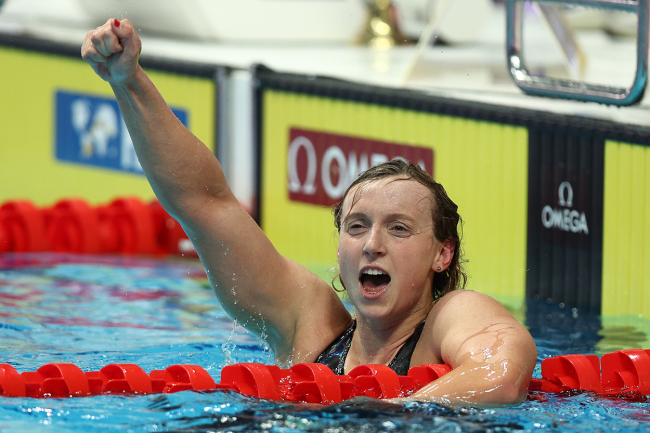 There are very few swimmers who are as dominant as Katie Ledecky. She extended her own record with her 17th world title on Monday and did so in definitive fashion.

Ledecky’s commanding lead was so absurd that the vast majority of the video of her victory is her waiting for a second-place finisher. It’s a consistent theme throughout her career and it never gets old.

Monday’s gold medal came in the 1,500-meter freestyle at the World Championships in Budapest, Hungary. She never looked threatened — not even for a moment — and won by 14.74 seconds.

Video posted by NBC of Ledecky’s winning swim on Monday is comically dominant.

The 28-second video has only eight seconds of Ledecky’s swim. The next 15 seconds show Ledecky at the wall, waiting for second-place finisher Katie Grimes (a 16-year-old American) to wrap up her swim.

Ledecky is so good that she could have likely swam another length of the pool in that same timeframe and still been in contention for a first-place finish. There is not another competitor even remotely in sight as she touches the wall for her 17th World Championship gold medal.

Ledecky continues to make a legitimate case as the greatest swimmer of all-time and it’s extremely hard to give that title to anyone else. Especially after Monday’s dominant win.