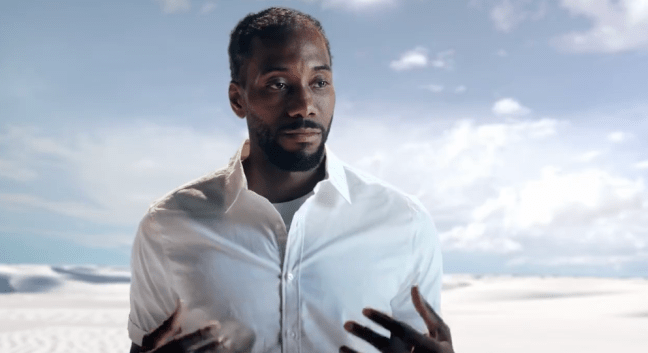 Drake released his newest album ‘Certified Lover Boy’ on Friday. He also decided to release the music video from a track on the album called ‘Way 2 Sexy,’ which after watching the video, it’s pretty clear why.

While we’ve only got this one music video from the album, it’s going to be tough for Drake to come up with a wilder concept than ‘Way 2 Sexy.’ It’s all over the place, but in a fun way, plus, the song slaps.

While there is a lot to unpack in the video, one of the strangest moments comes towards the end of the video when Kawhi Leonard makes an appearance. Out of nowhere, the NBA superstar is seen dancing like a Backstreet Boy and awkwardly holding his ginormous hands up.

As per usual, Twitter had jokes about Leonard’s cameo in the video.

Drake: “Just be yourself on camera”

Kawhi has only ever left the house to see niagara falls, to do Serge's cooking show and Drake's music video hes a raptor for life

This is what trying to save the Clippers Franchise does to players 💀💀💀. Lakers run LA. FREE KAWHI pic.twitter.com/qgoIr9FDu3

Kawhi Is literally a figment of our imaginations, there’s no explaining him

Hats off to Drake for getting Leonard to join in on the fun. I can’t imagine what Leonard’s reaction was when Drake told him he’d have to dance for a bit in the music video.