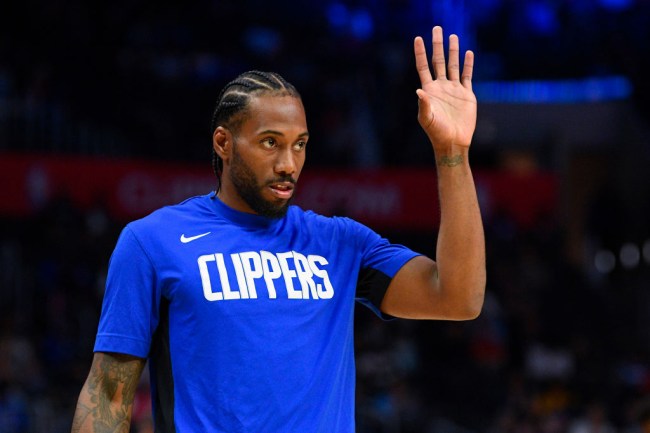 Last week we heard the news that Johnny Manziel trademarked his phrase ‘ComebackSZN‘ for an apparel line and now Kawhi Leonard is stepping into the trademark game as he has reportedly filed claims for ‘What It Do Baby’ and ‘City Views Over Interviews.’

He’s expected to use the phrases for a clothing brand according to trademark lawyer Josh Gerben; the application was filed last week.

1. WHAT IT DO BABY
2. CITY VIEWS OVER INTERVIEWS

The applications, filed on October 23rd, indicate that Kawhi intends to use the trademarks as a clothing brand.#kawhi #ClipperNation

For those of you that have been living under a rock, Leonard went viral a few months back when this clip hit the Internet streets.

It’s catchy, for sure, and people in Los Angeles will likely scoop the apparel up whenever it drops.

You have to respect the side hustle from Leonard. I mean, the guy only signed a three-year deal worth $103 million a few months ago, making a few extra dollars on some sweatshirts and such is a business move he needed to make.

Leonard and the Clippers are off to a 2-1 start this season while the two-time Finals MVP is averaging 26 points per game.