Kawhi Leonard Is Reportedly Still Interested In Playing In L.A. Next Season Despite Strong Start In Toronto 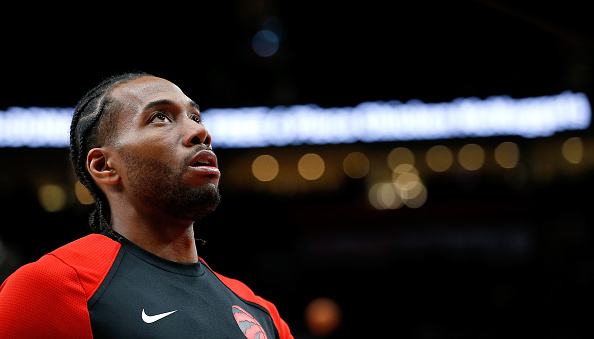 The Toronto Raptors are the best team in the east and Kawhi Leonard is a candidate for league MVP but the LA native is still interested playing out west according to ESPN’s Adrian Wojnarowski.

During today’s Woj and Lowe show Wojnarowski said that Kawhi has always been focused about playing in southern California to be close to home.

When Toronto played the Clippers last week in L.A., Kawhi downplayed all the reports of him wanting to go back home.

I focus on what we’re doing,” Leonard said of his reaction to all the speculation prior to his Raptors knocking off the Clippers Tuesday night (without him due to a sore hip). “I don’t buy into reading media, don’t have no social media, so just focus on what’s in front of me. At that time it’s either my family or playing basketball.”

It is worth noting that it’s likelier that Kawhi is more interested in joining the Clippoers over the Lakers because Leonard isn’t reportedly interested in teaming up with LeBron.

"Around Kawhi, it's been made abundantly clear there's not an interest to go join a superteam. I don't think he's jumping for joy that LeBron James is in L.A. with the Lakers. If anything, that's going to make him look, maybe more, toward the Clippers