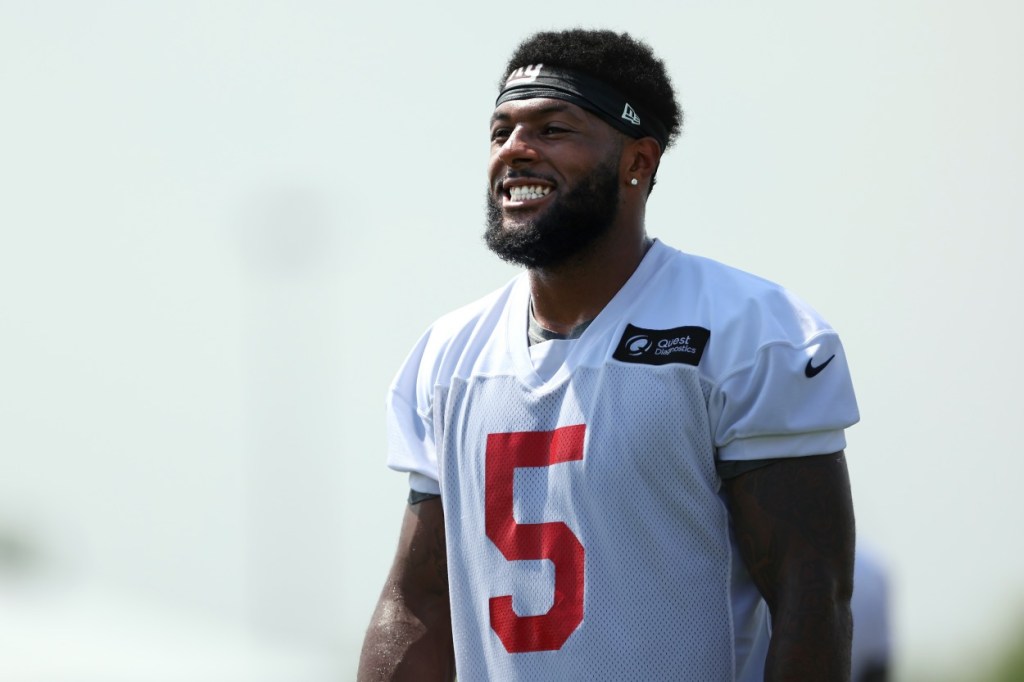 The New York Giants won their NFL preseason debut on Thursday night against the New England Patriots. Giants QB Daniel Jones had a shortlived evening going 6-for-10 and throwing for 69 yards (nice). Tyrod Taylor spent more time in the game and threw for 129 yards (13-for-21) including a short pass to Richie James for a touchdown.

On the defensive side of the ball, the newest Giants star Kayvon Thibodeaux got his first NFL action. Thibodeaux was selected 5th overall in the 2022 NFL Draft and the former 5-star recruit from Los Angeles who went on to play for the Oregon Ducks had a shocking revelation about playing in the NFL.

Kayvon Thibodeaux has a stellar career at Oregon. He was named Pac-12 Defensive Freshman of the Year in 2019. And as a sophomore, he was given first-team All-Pac-12 honors and won the Pac-12 Championship Game MVP.

A short ankle injury in his Junior season didn’t slow him down as he recorded 7 sacks after sitting out for 2 games and was voted to the 2021 College Football All-America Team. Then he was drafted by the Giants, purchased Graham Gano’s jersey number for 5-figures, and here we are, realizing he’s more than ready for life in the NFL.

Speaking with reporters after the game, Kayvon Thibodeaux was asked about anything that shocked or surprised him about playing in the NFL versus college. Given that he was a top-5 NFL Draft pick and an absolute stude in College Football, these comments should definitely grab the attention of opposing NFC East OC’s. Here’s what he had to say…

Kayvon Thibodeaux: “The game felt a lot slower than college,” Thibodeaux said after the game. “But it was still a lot to think about and a lot to process. But, again, I have a lot to work on. It was really good. And I’m just excited.

Kayvon Thibodeaux: "Ah man, it was dope. For me, even just seeing, we're in the Patriots' stadium, it's like, I'm referring to Madden because that's most of what I've seen. I'm like, 'Man, we're really in the NFL now.'"

Slower than CFB? Sure, it’s preseason and the stakes aren’t high but it felt slower?? This man’s going to get MORE TIME than ever before???

Some NFL fans weren’t fazed by his comments and let their thoughts be heard on Twitter.

That's exactly what Justin Fields said last preseason and we all know how well that turned out pic.twitter.com/kx8CWGmrMo

There are so many chirps out there about how Kayvon Thibodeaux only had 1 tackle. Or how it was just a preseason game. But he was asked about the difference between College Football and the NFL. In his limited experience, the timing was the difference. If anyone’s well aware that things will quickly change it’s probably the guy who just got his first NFL action and not the armchair quarterbacks and linebackers.

The New York Giants have a projected over/under win total of 7.5 games for 2022. It does seem like the NFC East will be slightly better than last season but 7.5 games seems generous for the G-Men…