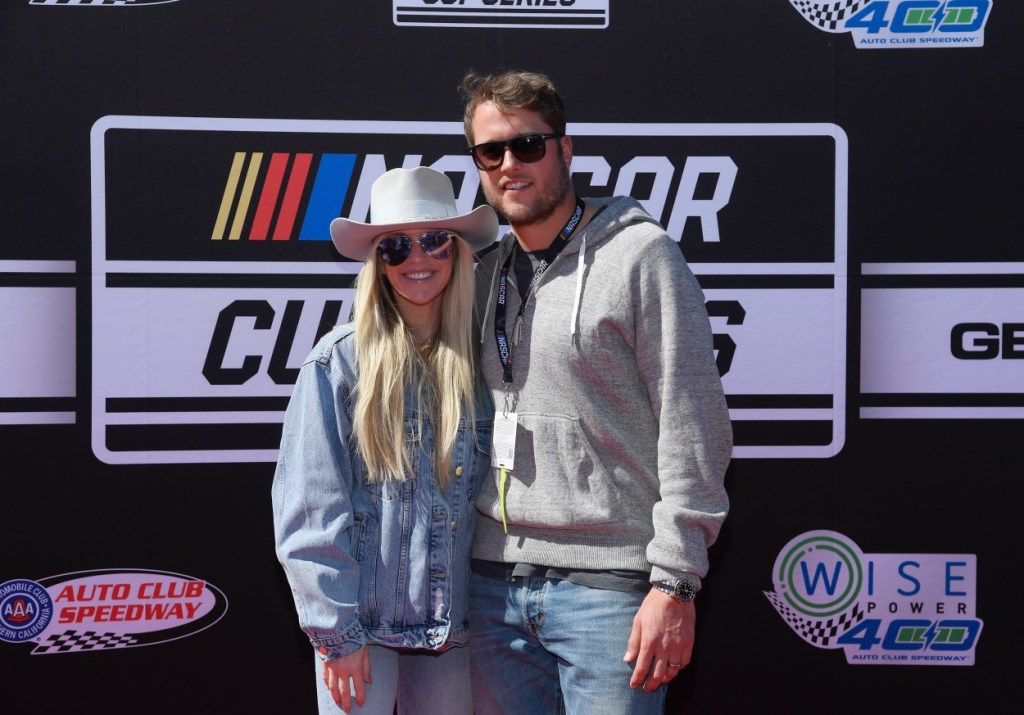 Professional athletes live by different calendars than the rest of us. For the most part, I set my internal calendar by holidays but athletes schedule their years around the seasons of their sports. Case in point, pro soccer player Antoine Griezmann who has three kids all born on the exact same day. For NFL players like Matthew Stafford who is admittedly done with having kids forever, that can make getting ‘snipped’ pretty difficult.

On this week’s episode of The Morning After with Kelly Stafford podcast, she brought her husband on the show again. Matthew Stafford appeared on the pod right after the Super Bowl where the married couple discussed partying at Drake’s house the night of winning the Super Bowl. This time around, they’re talking about married couple stuff like babies and not having them.

Kelly and Matthew Stafford say they’re done with having kids forever. I’ve typed out their discussion below so it’s easier to digest. If you want to listen to the pod, the discussion comes around the 26-minute mark. Let’s get to it, shall we?

Kelly Stafford: We don’t have babies anymore, it’s just weird. We were in a mode of just full-on babies for so long.

Kelly’s co-host: How about another?

Kelly Stafford: God no. I’m trying to get him snipped during The Masters but the a**hole won’t find a doctor.

Matthew Stafford: I’ve got conflicting information on how long the recovery is.

Matthew Stafford: No, I understand. Somebody told me I can’t pick my kids up for two weeks.

Kelly’s co-host: Can you do it sooner?

Matthew Stafford: Nope, we’re coming up on the deadline. And well honestly, if I did it April 1 and then we start April 18th. Actually, April 1 I’m busy. Listen, I would totally do it we just gotta figure out the right time.

What About Male Birth Control?

Here, the conversation shifts to male birth control pills which are supposed to hit the market soon. THey ask Matthew if he’d ever take them. Here’s what he has to say….

Kelly’s co-host: Male birth control might come out now, did you see that?

Kelly Stafford: I thought it was out.

Matthew Stafford: I would. I mean, in my current state like I don’t want to have any more children. Yea I would do that. As long as it didn’t, and I know this is the issue with women too, it just messes with you.

Matthew Stafford: Yeah, sure… sure… But no, if it didn’t make me go crazy I would do it. I’m a test dummy. Bring it on, let’s go.

Kelly Stafford: But we’re done with having kids so we’ll have to figure that out. I hate birth control and my sister got pregnant on it like three times so… Matthew doesn’t believe it either and I’m like but she did.

To listen to the full episode of The Morning After With Kelly Stafford you can click right here to find it on Apple’s Podcasts or go search for it on Spotify.

It doesn’t sound like Kelly and Matthew Stafford are going to be able to get him snipped before he has to report to the LA Rams’ offseason workouts. I don’t doubt for a second that he doesn’t want to get snipped but I also suspect the Rams would be lenient about a few days of not lifting weights if he asked them, given that he just won a Super Bowl for the organization.