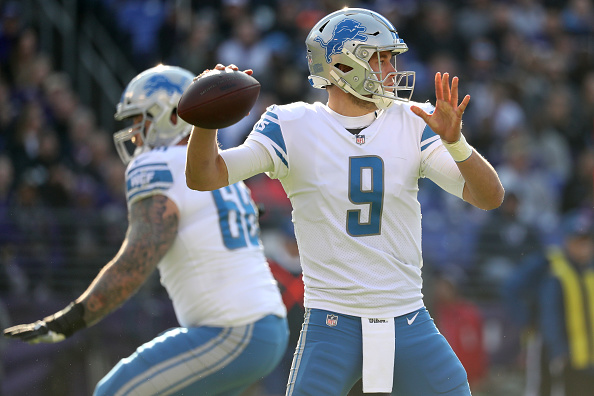 Early this morning, GQ magazine released an interview with Jalen Ramsey where the outspoken Jags cornerback provided his opinion on several quarterbacks from around the league.

In the piece Ramsey lumped Lions QB Matthew Stafford with Nick Foles and Blake Bortles as quarterbacks who are successful because they do what the team asks them to do.

Nick Foles? He won them a Super Bowl so he’s good enough to do that. He had a hella good team, too, though. But as long as you can do what the team asks you to do, then you’re straight. Like people say Blake sucks, but he took us to the AFC Championship game off strictly doing what was just asked of him: not turning the ball over, running Leonard [Fournette] to death, letting the defense get some turnovers, and putting us in a good field position to capitalize on.

That was what we asked him to do. Playoff Blake is good. People can say whatever but playoff Blake is good. I think that’s how it is with a lot of teams: as long as you do what that team is asking you to do, and you do it well with the rest of the team, then you can be considered good—or at least not bad. You not a bad quarterback if you do what your team asks of you. Matthew Stafford, I think he’s straight. I don’t think he the best quarterback out there. But he do what he gotta do.

Stafford’s wife, Kelly, was none too pleased with Ramsey’s comments and questioned whether GQ should have ever interviewed the Jags corner in the first place. 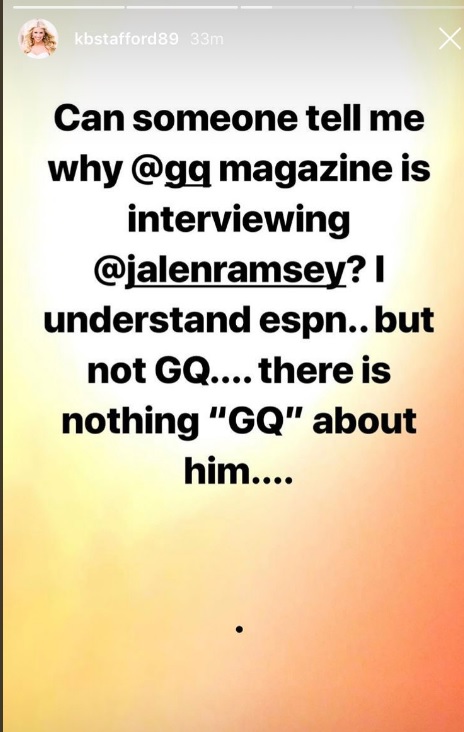 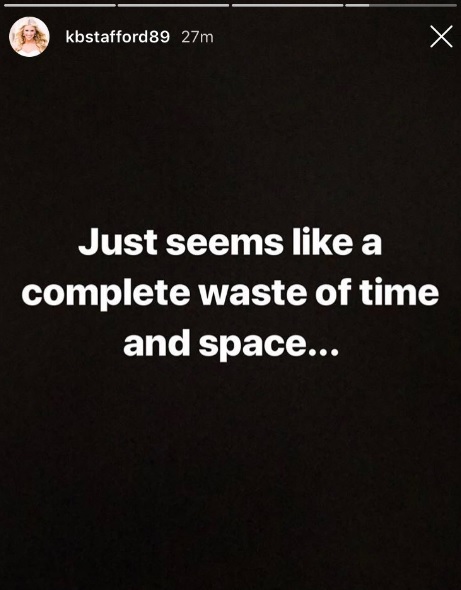 Kelly Stafford wasn’t the only one who had something to say about Ramsey’s comments Eli Manning and Josh Allen both issued responses to the GQ interview.

Josh Allen's response to Jalen Ramsey calling him trash: “He’s not my teammate. It doesn’t bother me. I don’t care. I care about my teammates & what (they) think of me. When I step on the field I’m trying to win football games & trying to be the best QB possible.”

Ramsey better be able to back up all the trash he’s talking because teams are going to come after him this season.