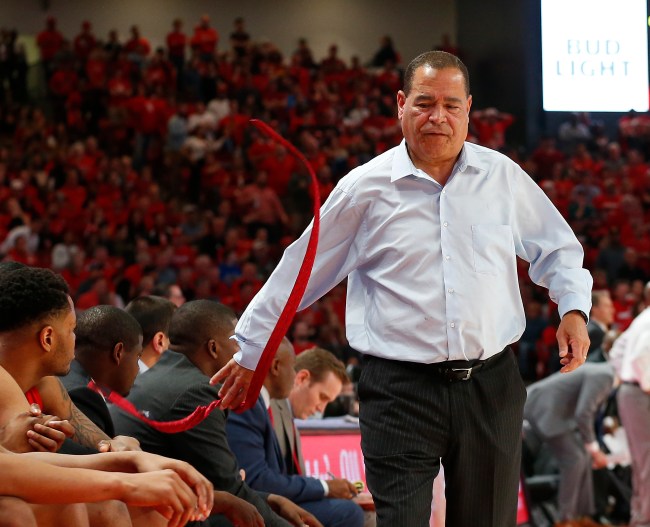 Imagine you’re the father of a son playing in the NCAA tournament. Your son likely won’t be going pro, so this is the grandest stage he’ll ever compete on. The NCAA will rake in over $1 billion in revenue from media rights fees, ticket sales, corporate sponsorships and a proliferation of television ads from the three week tournament starring players just like your son.

And you cannot watch him pay because the cost of flights and hotel rooms is outside your budget.

This is the sad reality of countless families in this year’s tournament and in tournament’s past, and it’s nearly impossible to think that these families aren’t getting railroaded.

Houston coach Kelvin Sampson, who coaches many players from low-income homes in the Houston area, spoke about this unfortunate dilemma and how the NCAA has to do more to accommodate these families.

Great stuff from Kelvin Sampson about how the NCAA should find a way to help with travel to the Tournament for families that can't afford the trip.@UHCougarMBK #MarchMadness pic.twitter.com/2y4lpD3Yk8

“It’s not money, it’s travel. And hotel rooms,” Sampson said. “I had one of my kids — I’m not going to mention who it is — His parents would like to come and the only way they’d be able to is drive.”

“For a lot of people that’s not a big deal. But it’s a big deal for that family. They don’t have the money to do that. So they would have to decide how they would do it,” Sampson said, noting that the family asked if they could sleep on the floor of their son’s hotel room.

“I’ve had families ask me ‘Can I sleep on my son’s floor in his room?’ Think about that,” Sampson said. “That’s my life. That’s not unusual for me. Can I sleep on his floor because they don’t have the money to pay for a room.”

“When you’re looking around at how big this industry has become, why can’t we figure that out?” Sampson asked. “I’m not saying give them this or give them that, I’m saying that when young men get to the NCAA Tournament, let’s find a way to get their parents and their brothers and sisters a plane ticket and a hotel room. I don’t think that’s asking too much.”

It’s not asking too much. It’s the bare fucking minimum.