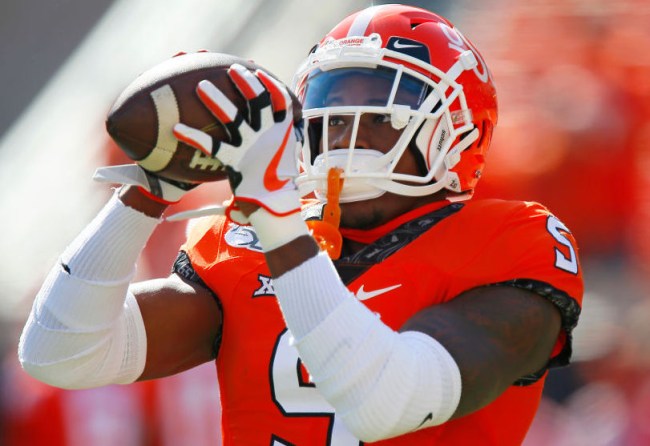 The NHL and NBA have shown that it’s possible to play sports in the middle of a pandemic if you take the proper precautions while Major League Baseball has highlighted what can happen if you decide to half-ass things, and despite having more time than any other league to put a plan together, it appears the NFL is opting to take a comparatively lax approach with the season just a few weeks away.

Of course, there are still plenty of guidelines teams are expected to abide by to protect the health and safety of everyone involved and players also have to adhere to any other restrictions the organization they represent has instituted to protect not only themselves but everyone else who could be put at risk if they violate them.

The NBA has run into a couple of issues when it comes to getting guys to follow the rules, as Richaun Holmes was forced into quarantine after departing the confines of the compound in Orlando to grab some wings he ordered and Lou Williams would like you to believe some deep-fried chicken was also the reason he stopped by a strip club in Atlanta after leaving the bubble to attend a funeral in the city.

It seems a bit more likely Williams succumbed to the temptation Stephen A. Smith warned players wouldn’t be able to resist after being forced to isolate, and this week, now-former Seattle Seahawks cornerback Kemah Siverand also fell victim to the same fate and no longer has a spot on an NFL roster as a result.

Seattle has a pretty reasonable policy in place forbidding players from inviting guests into the hotel the team is staying at. However, that didn’t stop the rookie from trying to see if he could sneak a woman inside by dressing her up in Seahawks gear in the hopes she’s be mistaken for a player, a plan that somehow didn’t work as he hoped and resulted in him being cut.

The woman was wearing #Seahawks gear in an attempt to disguise her as a player, I’m told. It did not work.

On the bright side, the undrafted player won’t have to worry about inviting female guests to wherever he’ll be residing after this, which hopefully isn’t a place he rented on a budget he decided on while operating under the assumption he’d be getting a steady NFL paycheck this year.