Kemba Walker Is ‘Going To Be A Boston Celtic,’ Reports Stephen A. Smith Sources 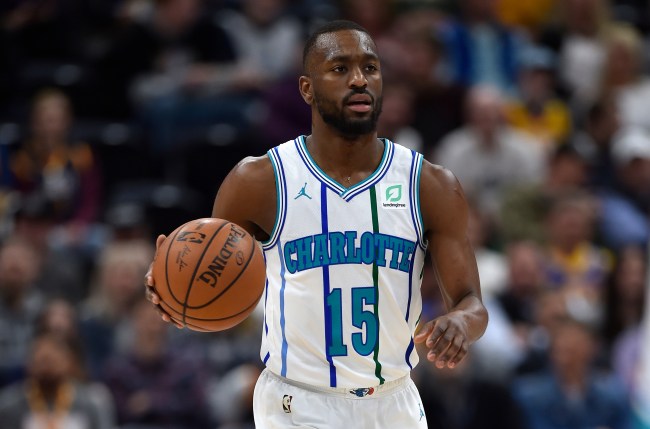 Oh how the tides of NBA free agency turn so unpredictably.

It seems just a few haircuts ago, the Celtics were a shoe-in for the NBA Finals. After a dismally infuriating season, half the roster promised to motor the 2018-2019 Celtics to the Promise Land are treating the team like the shackles are off the arranged marriage from hell. The Celtics were toeing the line between NBA laughing stock, and worse, meme-worthy, when the basketball gods instilled hope in the dirty watah.

Marc Stein of The New York Times reported that the Boston Celtics had become a “stealth suitor” for the three-time All Star. Not long after,  ESPN’s Adrian Wojnarowski reported that the Celtics had “emerged as the front-runners” to sign Walker away from the only team he’s ever known in his eight year NBA career.

On his radio show today, Stephen A. Smith basically said the deal is all but done for the 29-year-old to sign with the C’s, who are expecting departures from Kyrie Irving and Al Horford.

“My sources tell me that Kemba Walker has informed the Charlotte Hornets and Michael Jordan that he does not want to be there,” Smith said on his radio show. “He was offered a five-year deal, it wasn’t the supermax deal he was qualified for, it was somewhere in the ballpark of $160-plus million. Still about $20 million more than the Boston Celtics could offer him, but Kemba Walker is going to be a Boston Celtic.”

Smith’s assessment doesn’t square with Walker’s previous public statements that he’d be willing to take less money than the full supermax to stay in Charlotte.

The countdown is on for free agency to begin, and I for one, will be this lady refreshing my feed all summer.