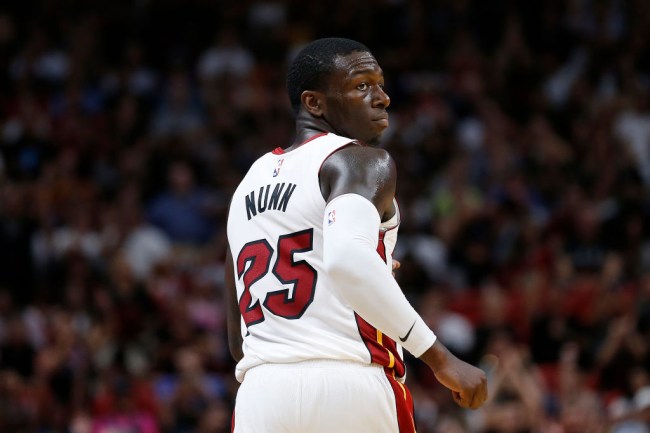 It’s fine if you didn’t know the name Kendrick Nunn before clicking on this story, most people outside of Miami or hardcore NBA fans have that in common with you, but he’s a player that is catching everybody’s attention right now and rightly so.

The 24-year-old, undrafted guard has written quite the story over the past year and a half or so. He spent most of last season in the G League with the Santa Cruz Warriors and then signed with the Heat back in April. Nunn turned heads in the preseason scoring 40 points against the Rockets.

He’s gone from a G League player, to signing with Miami as a rotational guy and is now a starter for the Heat.

Nunn has scored at least 17 points in each of his first five games including a 24-point outing against Memphis in the regular-season opener, which turned out to just be a preview of what was to come.

12 quick PTS in the 3rd, 22 total for the rookie guard on @NBAonTNT! #NBARooks #HEATTwitter pic.twitter.com/FbUUJDMWfb

Nunn’s 112 total points are the most ever scored by an undrafted player through five games in the NBA’s draft-era.

It may be early in the season, but Nunn has inserted himself into Rookie of the Year talks. He leads all rookies in total scoring and his 22.4 points per night is higher than the next best guy, R.J. Barrett, who’s averaging just 18.2 points per game.

Not too bad for an undrafted guard out of Illinois.