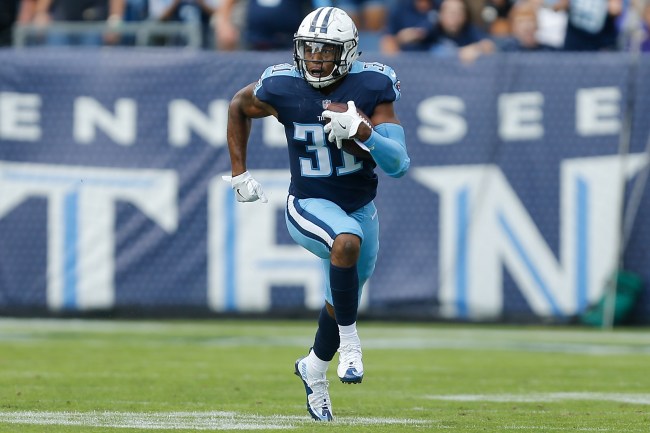 A couple weeks ago, NFL Network analyst Deion Sanders came off as a huge boner when he revealed that he had no clue who Kevin Byard was. Yes, Kevin Byard the Tennessee Titans first-team All-Pro safety who led the league in interceptions last season (tied with Detroit’s Darius Slay).

Byard was agitated that Sanders didn’t mention him when naming the best safety in the NFL (The Honey Badger was his pick). Imagine how disrespected Byard felt upon learning that Sanders couldn’t pick him out of a lineup, nevermind pin him as one of the league’s best.

You're looking at who writers tell u who's the best I know who players and former players feel is the best. I rest my case. You continue to be a fan and i will continue being the man. #Truth https://t.co/gnpwJHjxEK

And if you didn’t know, I am a CURRENT player who watches a ton of film so trust me, I know who’s balling and who is not. Talking about be a fan 😂 https://t.co/s099lNjiq2

Yikes, Sanders thought the 24-year-old Pro Bowler was just a fan commenting on something he knew nothing about.

Yesterday, the Titans unveiled their redesigned uniforms and posted a video of players reacting to the new threads–Kevin Byard being one of them. The Middle Tennessee product wore a shirt with “Just a Fan” printed on it, strategically mocking Sanders. 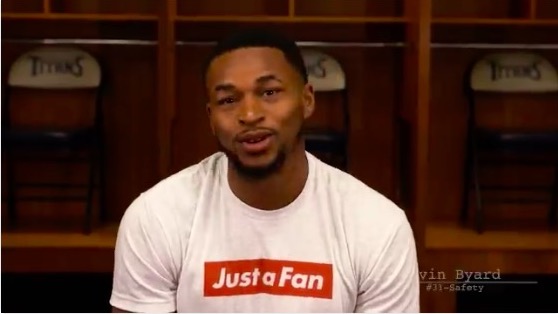 P.S. What do you think of the Titans new uniforms? Dig?